In wake of removal of Jewish group from plane, Lufthansa apologizes 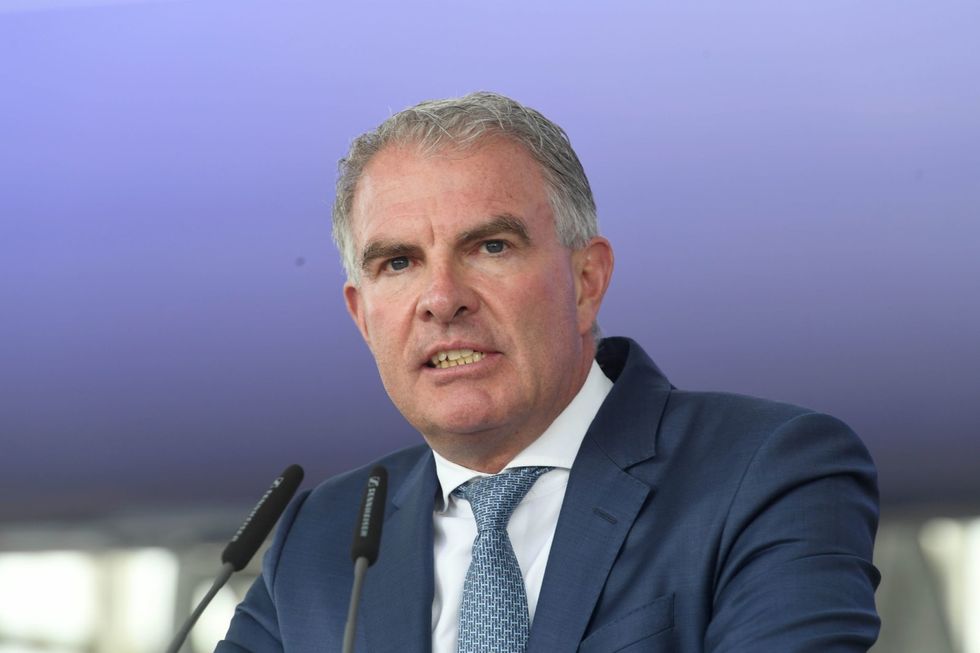 Carsten Spohr, Chairman of the Executive Board and CEO of Deutsche Lufthansa, speaks before the christening of a Lufthansa Airbus A350 named "Munich" with wheat beer in a maintenance hangar at Munich Airport. Lufthansa's boss apologized on Wednesday for an incident in which a group of Jews was removed from a plane because of a dispute with a few individuals who failed to follow rules about wearing masks to protect against the spread of the coronavirus. Felix Hörhager/dpa

Lufthansa's boss apologized on Wednesday for an incident in which a group of Jews was removed from a plane because of a dispute with a few individuals who failed to follow rules about wearing masks to protect against the spread of the coronavirus.

The apology relates to a May 4 incident. After a flight from New York to Frankfurt, during which some individuals did not comply with rules regarding masks, the airline had all members of a tour group of Orthodox Jews removed from a continuing flight to Budapest.

The airline had already issued a statement of apology on Tuesday, noting it was unfortunate that the entire group was removed when the dispute had only been with certain individuals.

"We apologize to all guests, not just because they couldn't travel further, but because their personal feelings were hurt," read the Tuesday statement.

Lufthansa chief executive Carsten Spohr on Wednesday apologized to a representative of the Jewish community in Berlin, according to Lufthansa. That followed a company meeting in which Spohr told employees that such incidents cannot happen.

"Anti-Semitism has no place at Lufthansa. The incidences of last Wednesday should never have happened and have to be cleared up comprehensively."