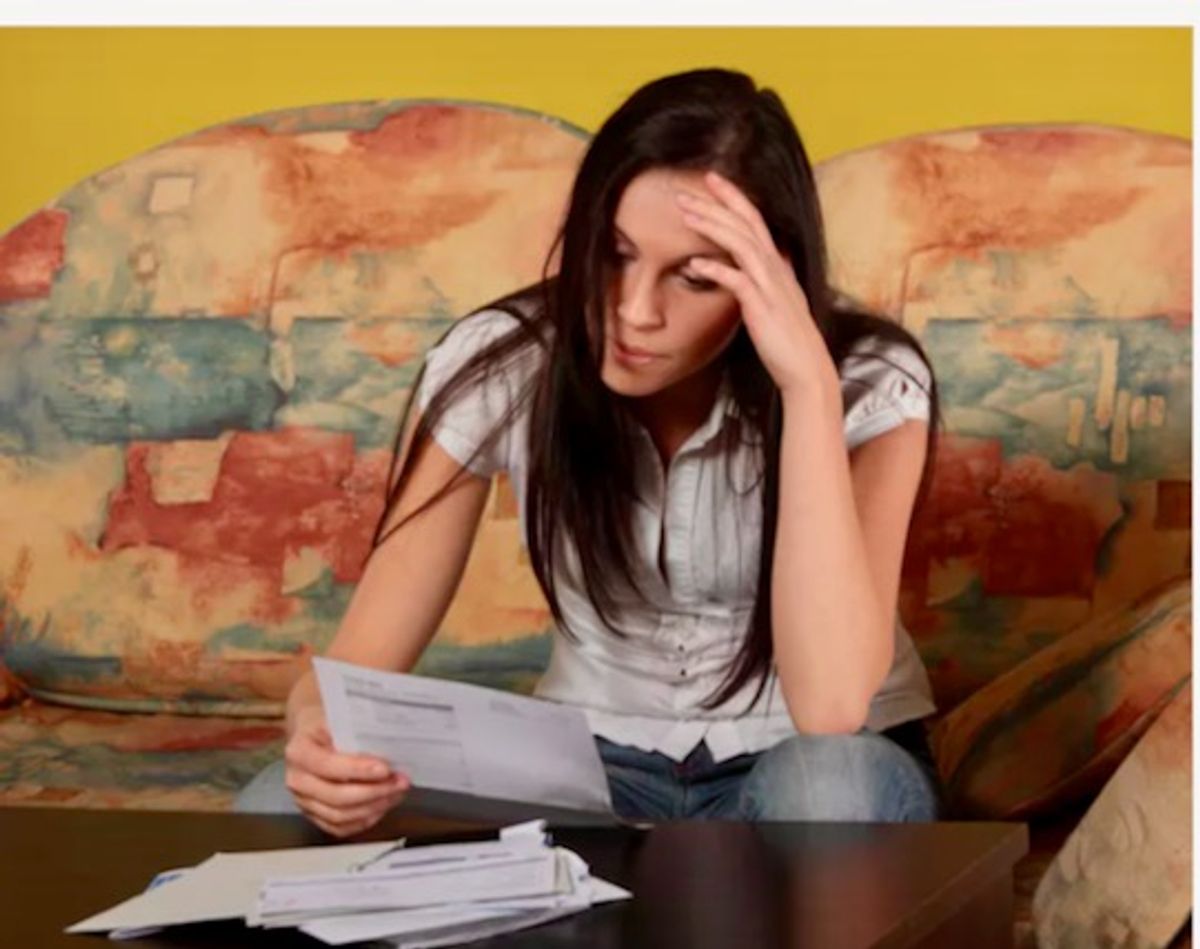 With tax season well underway, many Americans who lost their jobs due to the coronavirus pandemic and found some relief in supercharged unemployment benefits last year are discovering that they now owe the federal government hundreds—even thousands—of dollars in surprise payments, an economic nightmare for low-income people and a looming political catastrophe for the party currently in power.

Because unemployment benefits in the United States are classified as taxable income, a potentially significant portion of the estimated 40 million Americans who received unemployment insurance (UI) in 2020 "will be in for a rude awakening" when they find out "they are on the hook for thousands of dollars in owed income taxes at the federal and, in some cases, the state level," Brian Galle and Elizabeth Pancotti warned in a report for The Century Foundation last month.While states are required by federal law to "allow recipients to elect to have the state set aside 10 percent of their UI benefits and transfer them to the IRS to pay for future tax liabilities," Galle and Pancotti explained, "some states did not offer workers receiving benefits through CARES Act programs the option to withhold taxes."

"In addition, in the midst of a pandemic and recession fraught with new challenges and new expenses, many workers could not afford to take a 10 percent reduction in their UI benefits, given that UI benefits typically only replace approximately 40 percent of pre-layoff wages (and an even smaller share of wages plus benefits)," the pair wrote.

But even those who took advantage of the tax withholding option are facing huge payments. Speaking to the Washington Post on Monday, 31-year-old Los Angeles resident Erika Rose said she has "never been so fearful in my life of how I'm going to pay my bills" after she discovered she owes the IRS $600 in taxes.

When Rose applied for UI after losing her job in April, she opted to have taxes on the benefits withheld—and still ended up with a sizable bill.

"It was the same for Taryn Johnston," the Post reported. "Since being laid off from her medical aesthetician job at a plastic surgery practice when the pandemic escalated, she had the maximum withheld every week from her unemployment checks for taxes. Despite trying to do the right thing, she still ended up owing $1,500 when she sat down recently to fill out her federal and state tax forms for 2020."

The mounting, harrowing accounts of struggling Americans—including some who have been out of work for nearly a year—getting hit with large tax bills amid ongoing economic and public health crises are intensifying pressure on congressional Democrats and the Biden White House to act to stem the pain.

Morris Pearl, the chair of the Patriotic Millionaires, said in a statement last week that "it's nonsensical to tax the relief sent to unemployment recipients during a normal year, but it is ridiculous to continue to tax the most economically vulnerable members of our country during a tumultuous year where over 40 million Americans qualified for unemployment."

"Taxing unemployment insurance benefits directly contradicts the stated goal of expanding those benefits—getting more money into the hands of people who need it. This should be a no-brainer," said Pearl. "We urge Congress to immediately change the law, to start taxing wealthy folks like us, and help the people who are unable to work because of the pandemic pay their bills. We should be taxing the rich, not the unemployed."

Last month, Rep. Cindy Axne (D-Iowa) and Senate Majority Whip Dick Durbin (D-Ill.) introduced legislation that proposed waiving federal income taxes on the first $10,200 of unemployment benefits received in 2020. In a letter to the House Democratic leadership last week, Axne and 11 other lawmakers demanded that the bill be included in the emerging $1.9 trillion coronavirus relief package.

But despite one senior Democratic aide's warning that failure to tackle the surprise bills would be "political malpractice," it doesn't appear likely that the Coronavirus Unemployment Benefits Tax Relief Act will end up in the final relief bill. The House last week passed its version of the Covid-19 package—which does not include the tax relief proposal—and the Senate is expected to take up the $1.9 trillion legislation this week.

"The U.S. is about to face what has to be one of the more nonsensical policy failures of the pandemic: Millions of Americans, already struggling financially, could be hit with a huge tax bill because they received unemployment insurance last year," HuffPost's Emily Peck wrote last month. "Perversely, because of the relative generosity of the benefits passed by Congress last spring—$600 a week on top of state benefits—tax bills might reach into the thousands of dollars."

Should Congress fail to act, Galle and Pancotti argued that Treasury Secretary Janet Yellen has the power to "immediately direct the IRS to exempt unemployment benefits from taxable income for tax year 2020."

"There's no sound or ethical rationale for requiring millions of Americans to search the couch cushions for pennies or forgo putting food on the table to pay tax bills they shouldn't owe," Galle and Pancotti wrote. "Federal policymakers must act with urgency, compassion, and regard for the law and exempt unemployment insurance benefits from federal income taxes for 2020 and the duration of the pandemic."

In the absence of action on the federal level, several states—including Maryland, Delaware, and Michigan—have begun taking steps to provide relief to residents facing taxes on their unemployment benefits.

Slate's Jordan Weissmann wrote last week that by neglecting to act on the surprise tax bills, "Democrats are waltzing toward an easily avoidable political disaster."

"Why wouldn't Democrats just fix this? Part of the answer has to do with the arcane rules governing budget reconciliation," Weissmann explained. "Under the process, each committee is assigned a section of the legislation, along with a ceiling on what they are allowed to spend. If the Senate wanted to add a UI tax fix, the chamber's Finance Committee would have to cut something else from its section of the bill, since the issue would fall under its jurisdiction. And finding things to cut is tricky."

"Democrats have no time to spare if they want to avert an epidemic of surprise tax bills; Americans are already receiving them."
—Eric Levitz, New York magazine

An "obvious place where Democrats could trim," Weissmann argued, is from the $350 billion in proposed aid to state and local governments.

"That's likely a bit more than they need at this point, and conveniently, the state and local funding is assigned to the Senate Finance Committee section of the bill," Weissmann noted. "Democrats could almost certainly get away with shrinking the pot by $50 billion, which is how much Goldman Sachs estimates Americans will owe in taxes on their jobless benefits. If it turns out states do need more help down the line, Democrats can add it to a bill next year."

Pointing to Weissmann's argument, Eric Levitz of New York magazine wrote last Wednesday that "states and municipalities won't blow through $300 billion in a matter of weeks."

"There is no huge time crunch on getting them that last $50 billion," Levitz added. "But Democrats have no time to spare if they want to avert an epidemic of surprise tax bills; Americans are already receiving them."