Israeli parliament sworn in as Netanyahu prepares for sixth term 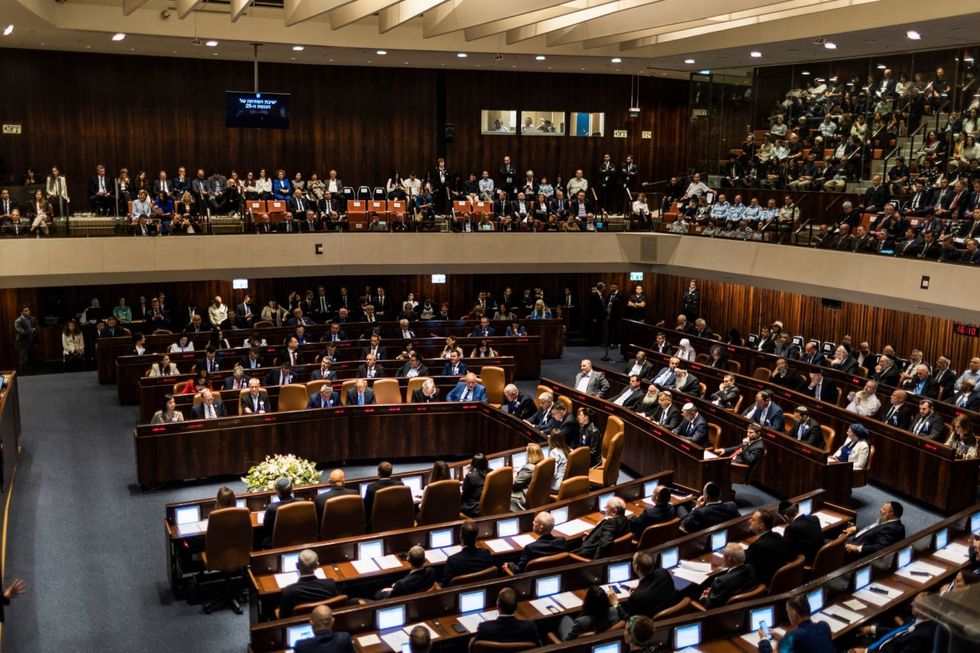 MKs take their seats during a session covened for the swearing in of Israel's 25th parliament (Knesset). Ilia Yefimovich/dpa

Israel's parliament held its inaugural session on Tuesday, two weeks after an election that saw a comeback for Benjamin Netanyahu, the former and likely future prime minister, and his right-wing allies.

At the opening ceremony to swear in the most right-wing Knesset in history, Israeli President Isaac Herzog called for cohesion amid deep political divisions. The country has gone to the polls five times in nearly four years.

He said Israel's citizens are proud of their country, but at the same time are "exhausted from infighting and its consequences."

Herzog said it was the responsibility of the elected representatives to continue "strengthening the partnership between all layers of Israeli society, all faiths and religions."

In the November 1 parliamentary election, the right-wing Likud Party of prime minister-designate Netanyahu emerged as the strongest faction, winning 32 of 120 seats. The centrist There is a Future party of incumbent Yair Lapid came in second with 24 seats.

For the first time, a far-right alliance came in third: the Religious Zionist Party won 14 seats and can expect to participate in Netanyahu's government.

Herzog charged Netanyahu with forming the government on Sunday. If successful, it will be his sixth term as prime minister.

The new elections became necessary after the sprawling eight-party coalition forged by Lapid lost its majority after only 12 months.