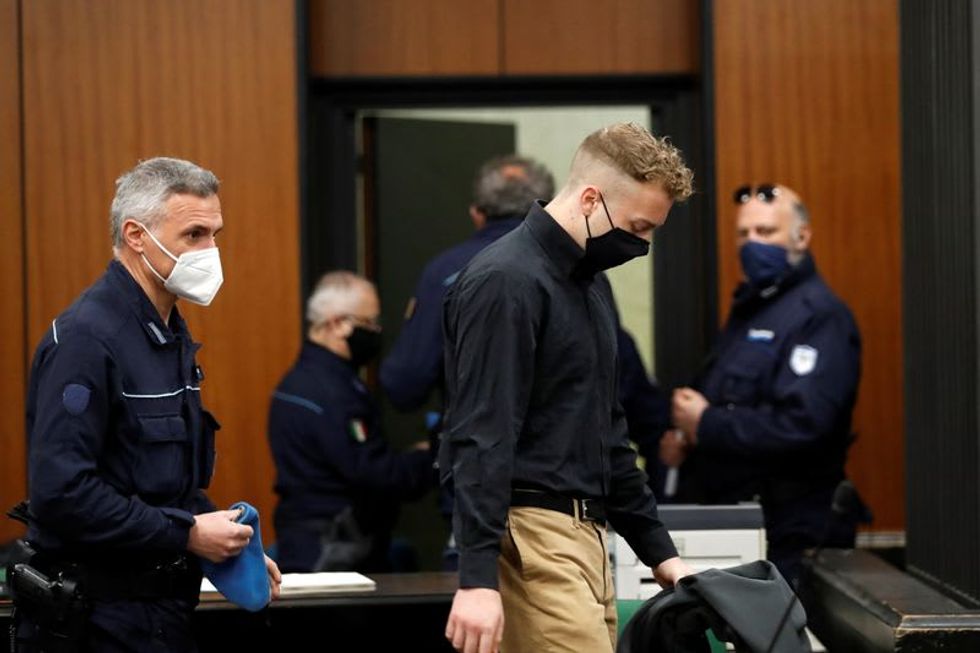 ROME (Reuters) - An Italian prosecutor on Saturday demanded life sentences for two young Americans being tried on murder charges after a policeman was killed following a botched drugs sale in Rome. Finnegan Lee Elder, who was 19 at the time, has admitted to stabbing Mario Cerciello Rega in the early hours of July 26, 2019, while his friend Gabriel Christian Natale-Hjorth, then 18, was tussling with another police officer. Under Italian law, anyone who participates even indirectly in a murder can face murder charges. The two Americans, both from California, have said they did not know that Cerc...