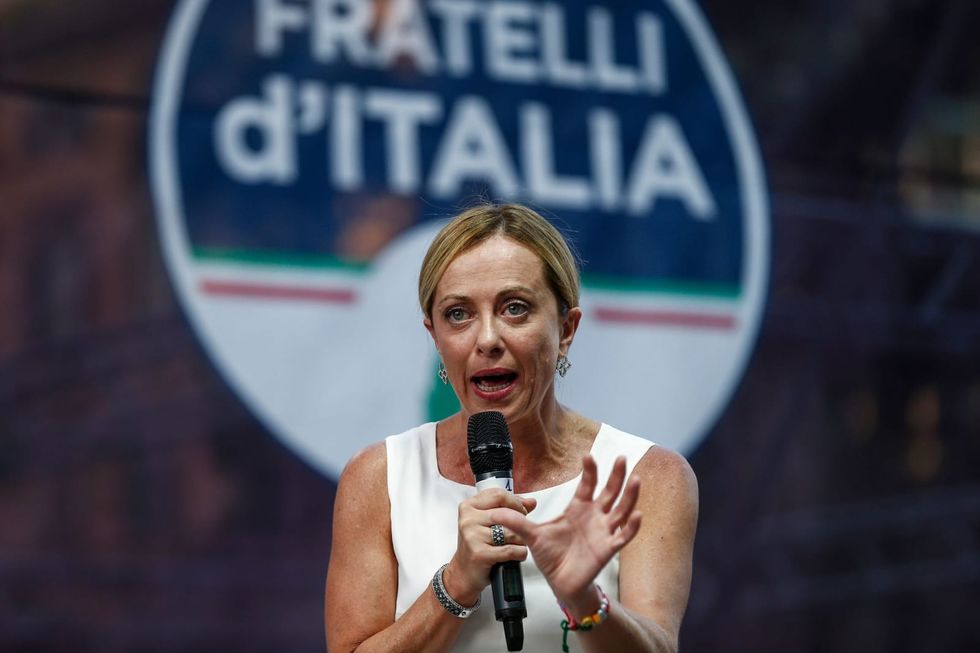 Giorgia Meloni, leader of the right-wing Fratelli d'Italia (Brothers of Italy) party, speaks at a party event. Meloni said in an interview published Saturday that she is ready for the top office, as Italy charts an uncertain course following the resignation of Prime Minister Mario Draghi. Cecilia Fabiano/LaPresse via ZUMA Press/dpa

Giorgia Meloni, the leader of the right-wing Fratelli d'Italia (Brothers of Italy) party, said in an interview published Saturday that she is ready for the top office, as the country charts an uncertain course following the resignation of Prime Minister Mario Draghi.

Meloni's party is leading in opinion polls for Italy's election on September 25, prompting fears that right-wing, eurosceptic parties could come to power in the eurozone's third-largest economy.

Whoever gets the most votes in the parliamentary elections will move into the government palace, the 45-year-old explained to the newspaper La Stampa. "I am ready. The Fratelli d'Italia are, too," she said.

Meloni is known for her radical statements.

During a speech at an election event of the far-right Spanish party Vox, she proclaimed: "Yes to the natural family. No to the LGBT lobby. Yes to sexual identity. No to gender ideology. Yes to the culture of life. No to the abyss of death," referring to abortion.

She continued: "Yes to the values of the cross. No to Islamist violence. Yes to secure borders. No to illegal mass immigration ... Yes to the sovereignty of the people. No to Brussels bureaucrats."

In Saturday's interview, Meloni distanced herself from the strident tone of the June speech, but not from the message.

"I would change the tone, not the content, because these are things I have said many times. When you say decisive things, you have to say them in a different tone."