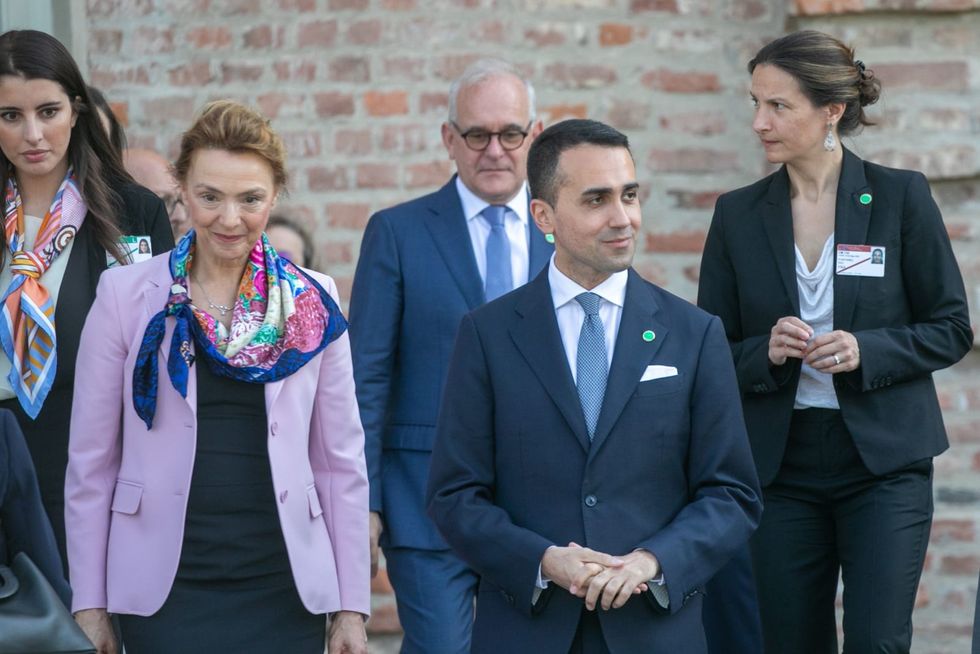 Italian Foreign Minister Luigi Di Maio (2nd R) and Secretary-General of the Council of Europe Marija Pejcinovic Buric (2nd L) arrive for a group photo of the Foreign Ministers participating in the European Council meeting at the Venaria Reale in Turin. Mauro Ujetto/LaPresse via ZUMA Press/dpa

Italy has developed a plan for a peaceful solution to the war in Ukraine, according to Italian Foreign Minister Luigi Di Maio.

The first goal is to stop the fighting in some regions, followed by a ceasefire, a neutrality negotiation and, finally, a peace agreement. "What we need now is a diplomatic counter-offensive," Di Maio told the La Stampa newspaper, stressing the need for a concerted international effort.

The plan was developed by diplomats and the Italian government and presented to negotiators of the G7 group of industrialized nations, Di Maio said. He also spoke with UN Secretary General António Guterres.

Di Maio, however, was somewhat pessimistic about the current situation regarding negotiations with Russia. "I do not want to seem like a doomsayer, but I do not see any negotiation at any table," he said.