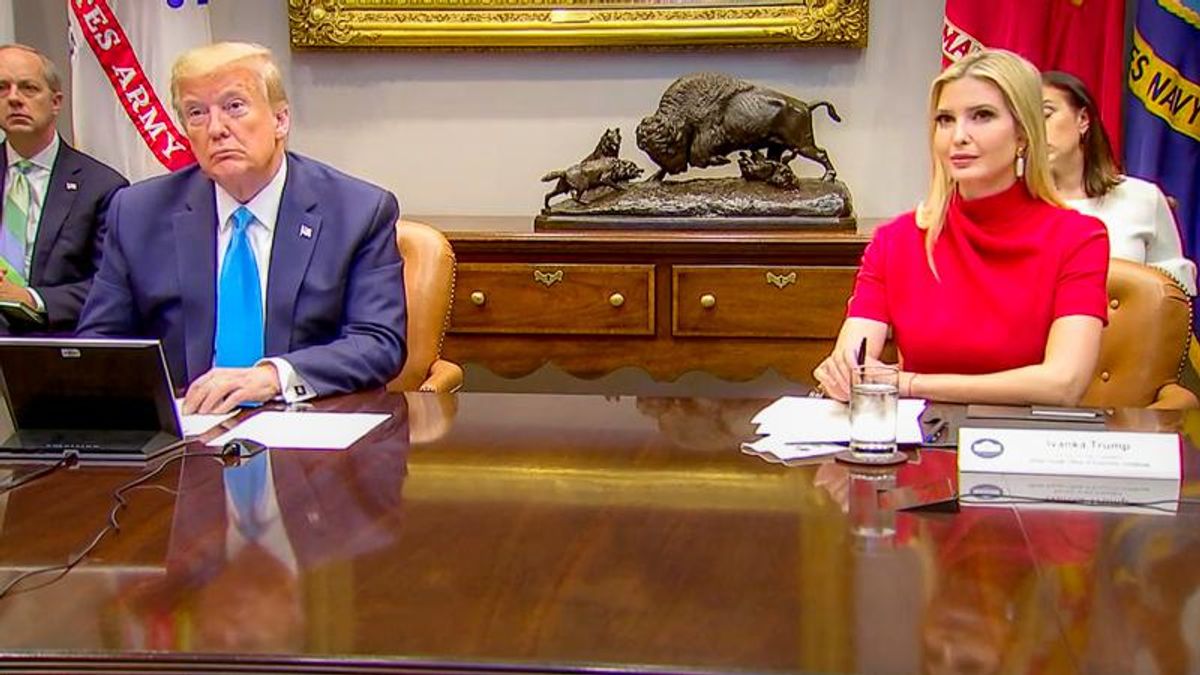 House Foreign Affairs Committee Chairman Elliot Engel (D-NY) revealed on Wednesday that President Donald Trump had threatened to veto a massive government spending bill because it did not include one of his daughter's pet projects.

"Earlier this week, Congress passed the Omnibus spending bill, but without the key bipartisan State Department Authorization Act," Engel explained in a statement. "Democrats and Republicans in both Houses had accomplished a goal not achieved in 17 years and agreed upon until this bill, but at the last minute, Ivanka Trump demanded that her self-styled women's economic empowerment program be 'airdropped' into the measure."

According to Engel, "virtually all parties" opposed the inclusion of Ivanka Trump's program.

"[B]ut the White House threatened to veto the Omnibus if it contained bipartisan, bicameral State Department Authorization Act without this project," Engel said. "So Majority Leader McConnell told negotiators to remove the State bill to placate the administration."

The chairman of the House Foreign Affairs Committee said Congress agreed on a State Department authorization act for the first time in 17 years but the White House threatened to veto the omnibus spending bill because the act didn't include a "pet project" of Ivanka Trump's: pic.twitter.com/Y10fxcYWMl
— Robbie Gramer (@RobbieGramer) December 23, 2020