WATCH: Protesters shut down Detroit's ex-police chief as he tries to announce campaign for governor 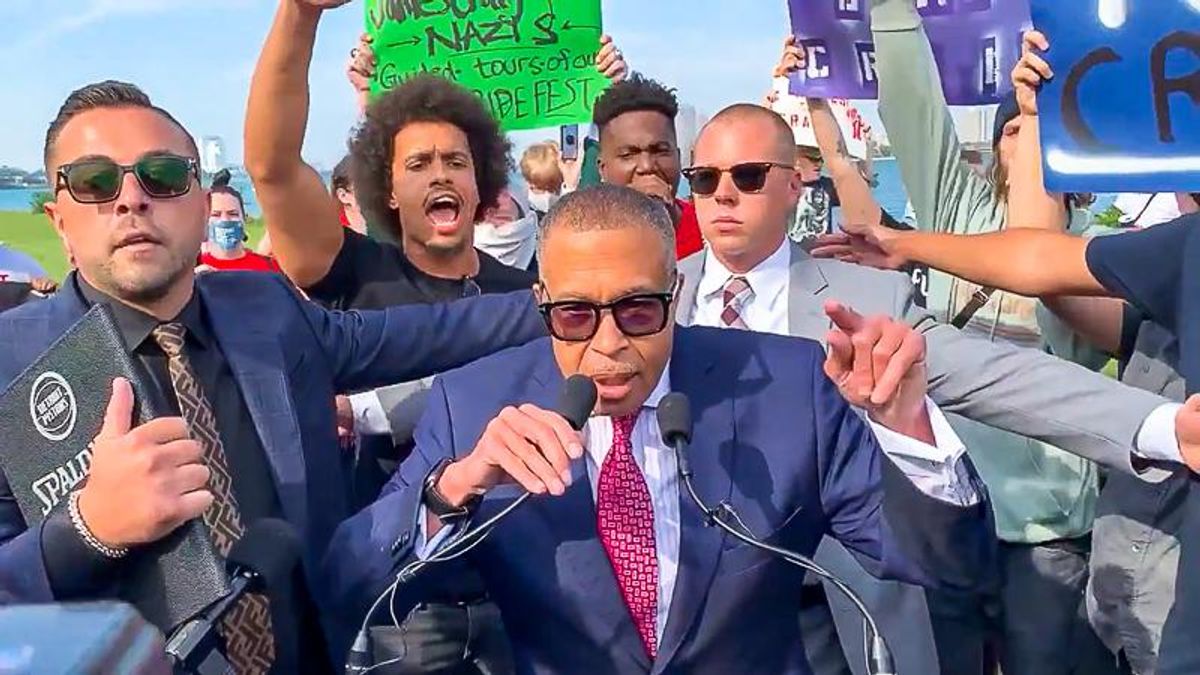 Former Detroit Police Chief James Craig (R) was forced to change locations for a campaign event on Tuesday due to protesters.

Craig was expected to formally announce his campaign for Michigan governor at Belle Isle's Sunset Point but the event was canceled when Craig could not be heard over the chants of protesters.

According to The Detroit News, they also chanted, “James Craig is full of hate! We won't let him win our state."

Craig has been accused of allowing Detroit police officers to use unjustified force on protesters following the death of George Floyd in 2020.

If Craig wins the Republican primary, he will take on Michigan Gov. Gretchen Whitmer in 2022.

James Craig makes an inaudible message as he is drowned out by Detroit Will Breath protesters at Belle Isle prior to Craig announcing his run for Michigan Gov. @freep pic.twitter.com/12ufofzqR8
— Mandi Wright (@DetroitMandi) September 14, 2021