'This is not accidental': Ex-cop says Michigan governor sabotaged his disastrous campaign event 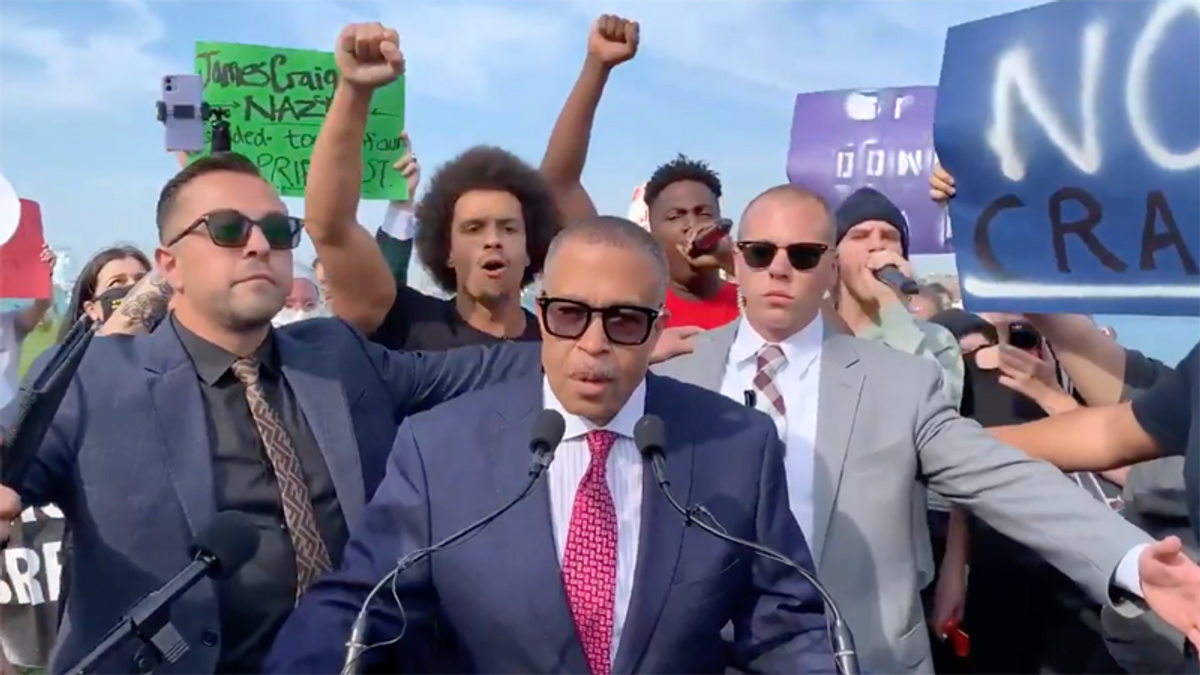 The controversial former chief of police in Detroit is accusing the state's Democratic governor of misconduct after a disastrous campaign kickoff.

The newspaper reported Craig "suggested a conspiracy involving Whitmer, the Michigan State Police and the Michigan Department of Natural Resources."

This was not the first time Craig had blamed others for his campaign's kickoff.

"Craig leveled similar allegations against the DNR earlier in the day in an interview with the Detroit News. But text messages obtained by the Free Press between a DNR staff member and Ted Goodman, a Craig campaign spokesman, show a different story than what Craig told Carlson," the newspaper noted.

Videos posted to social media show Craig leaving his kickoff without giving a speech after his event, at a state park, was swarmed by protesters angry over the Republican's history of policing.


James Craig makes an inaudible message as he is drowned out by Detroit Will Breath protesters at Belle Isle prior t… https://t.co/HqEUMrroOi
— Mandi Wright (@Mandi Wright) 1631629649.0

James Craig was surrounded by protestors on Belle Isle this morning when he made a quick announcement. "I'm running… https://t.co/Itly8wFSY8
— WXYZ Detroit (@WXYZ Detroit) 1631631835.0