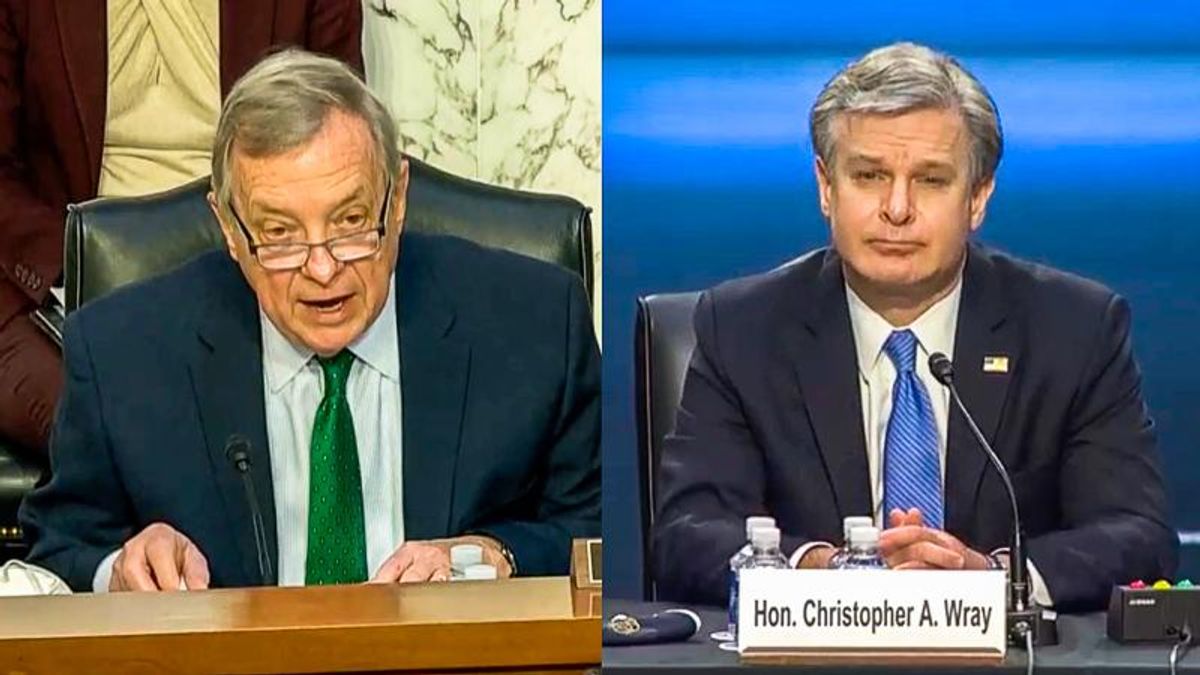 Senate Judiciary Committee Chairman Dick Durbin (D-IL) on Tuesday explained how the Jan. 6 attack on the U.S. Capitol was rooted in white supremacy.

At a hearing with FBI Director Christopher Wray, Durbin presented video of an interview with a Black police officer who faced dozens of racial epithets during the attack.

"The hate on display that terrible day is not a new phenomenon in our country," Durbin lamented before comparing the attackers to the Ku Klux Klan.

"The insurrectionists who stormed the Capitol on Jan. 6 did not wear white robes and hoods," he said. "They might as well have. They are the latest incarnation of violent white supremacist movements that has terrorized fellow Americans on the basis of their race, religion and national origin for more than 150 years."

Durbin suggested that former President Donald Trump inflamed his white supremacist supporters by repeating the "Big Lie" that the 2020 presidential election was stolen.

According to the senator, the Trump administration had refused to establish a task force on anti-government extremists until massive Black Lives Matter protests took place in 2020.