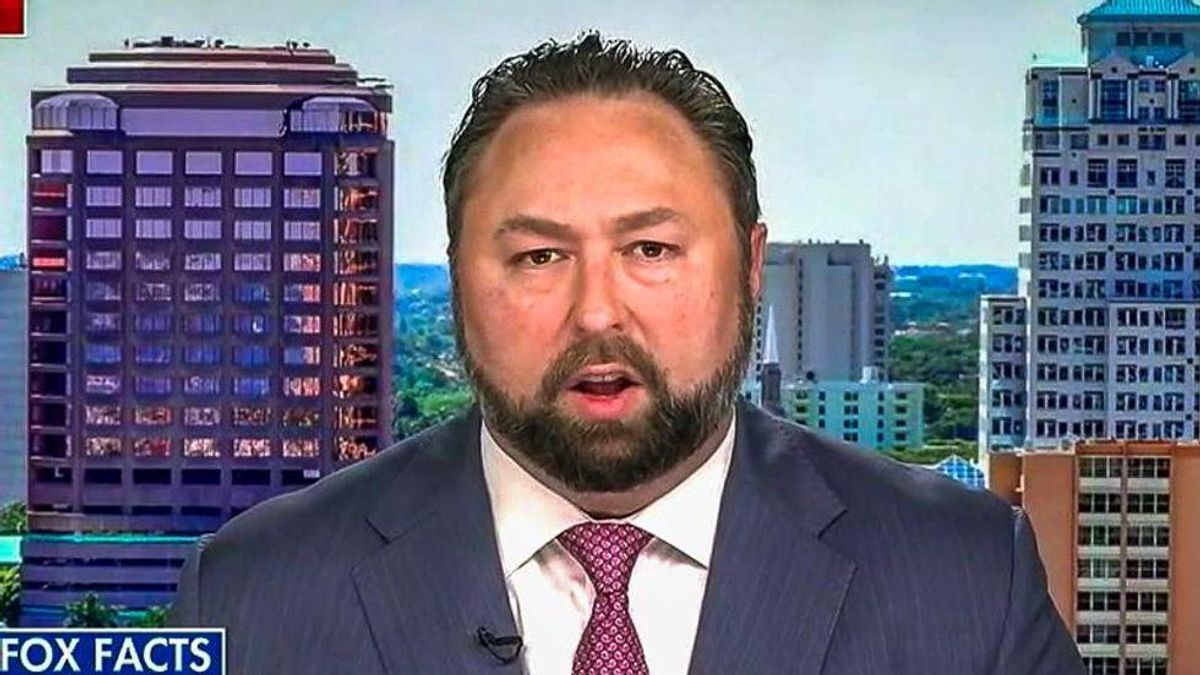 "The ongoing custody battle between former Trump campaign operatives Jason Miller and A.J. Delgado has taken another nasty turn: In an explosive new court filing, Delgado's legal team alleges that Miller—prior to their own high-profile extramarital romance—carried out an affair with a woman he met at an Orlando strip club. Additionally, the court documents claim, when the woman found out she was pregnant, Miller surreptitiously dosed her with an abortion pill without her knowledge, leading, the woman claims, to the pregnancy's termination and nearly her death," Katherine Krueger reported.

"According to the court documents—which were filed in Miami-Dade Circuit Court on Sept. 14 and obtained by Splinter—the alleged relationship started in 2012, when Miller was working for prominent Republican ad firm Jamestown Associates. The filing alleges that Miller, whose Twitter bio states that he now works as managing director at Teneo Strategy and as a political commentator on CNN, brought clients to Rachel's Gentleman's Club in Orlando, where he met a dancer identified only as Jane Doe," Splinter reported.

"Shortly thereafter, according to Joe Doe, Mr. Miller visited her at her apartment with a Smoothie beverage. Unbeknownst to Jane Doe, the Smoothie contained an abortion bill. [sic] The pill induced an abortion, and Jane Doe wound up in a hospital emergency room, bleeding heavily and nearly went into a coma," the filing alleged. "The unborn child died. Jane Doe herself was hospitalized for two days, the abortion pill possibly reacting with potential street drugs in her system at the time she drank the Smoothie."

The GOP operative was reportedly a fan of abortion.

"Delgado revealed in an August 2017 profile in The Atlantic that she and Miller, who was at the time and is currently married, conceived a son during a relationship that began in October 2016, when both were staffers on Donald Trump's presidential campaign," Splinter reported. "At the time, she said, Miller had said he was separated from his wife. When she found out she was pregnant, she claims Miller told her his wife was also pregnant, which she told the magazine was 'a very rough thing to hear.' She said in the profile that Miller asked her on two occasions if 'there was any chance I'd terminate the pregnancy,' a charge Miller denied."

Miller lost his defamation lawsuit in 2019. Now a federal judge has ordered Miller to pay legal fees, according to a copy of a ruling posted to Twitter by Daily Beast reporter Roger Sollenberger.