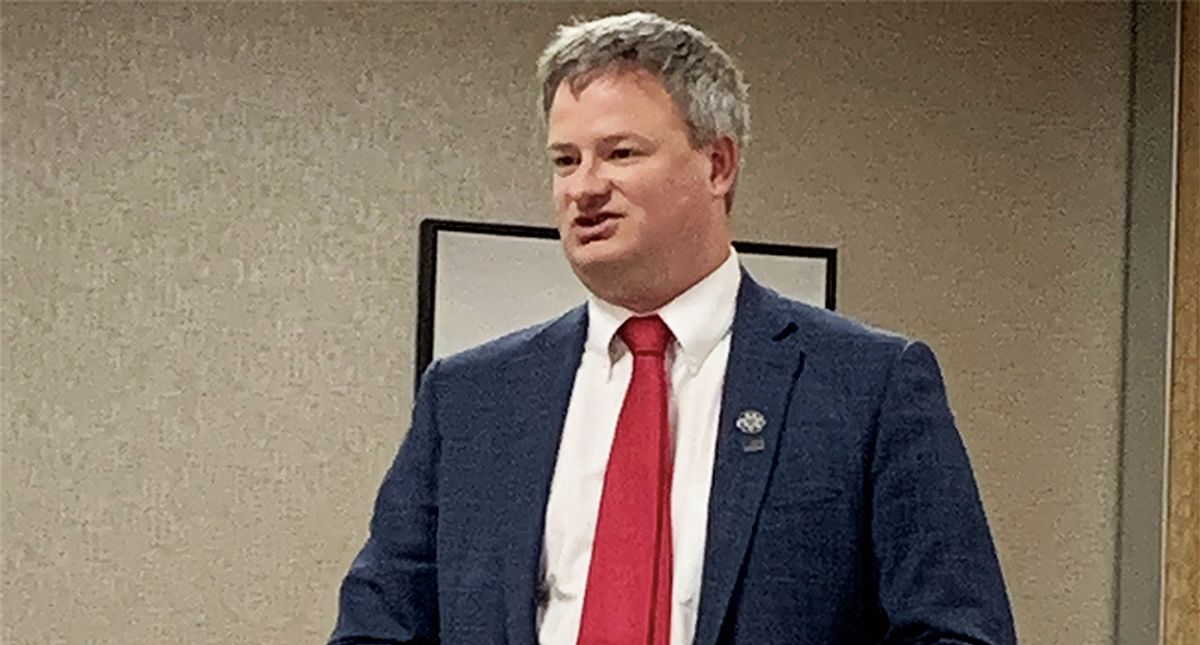 South Dakota Attorney General Jason Ravnsborg (R) -- who is facing charges for the hit and run killing of a man walking on the side of the road -- has had a scheduled promotion in the U.S. Army Reserve denied by the Pentagon, reports the Argus Leader.

Ravnsborg is facing three misdemeanor charges in the killing of 55-year-old Joe Boever back in mid-September as the GOP lawmaker was returning from a speaking engagement and later told law enforcement officials that he thought he hit a deer.

According to the latest report, last month Ravnsborg announced that he was getting a promotion from his current rank of lieutenant colonel to a full colonel, but the Pentagon announced this week that won't happen.

According to the Argus Leader, "the promotion has since been flagged and will not move ahead for confirmation in the U.S. Senate until criminal charges facing Ravnsborg are resolved, a spokesman for the U.S. Army Reserve."

A statement from Lt. Col. Simon Blake claimed, "Soldiers pending investigation by civilian law enforcement authorities and/or civilian criminal proceedings may still be eligible for selection for promotion, but the Army Reserve retains discretion regarding actual promotion. In this case, relevant Army Reserve leaders will monitor the ongoing civilian proceedings and make further decisions at the appropriate time."

The slap on the wrist charges against the state's top law enforcement official has outraged not the family of the deceased man but also Democrats and Republicans alike who have called for his resignation. -- which he so far has refused to do.

In February it was revealed that the GOP lawmaker was busy reading stories on his cell phone while he was driving, and investigators grilled him about the crash after the victim's glasses were found inside his car -- which he could not explain.

The report adds that South Dakota Gov. Kristi Noem, a fellow Republican, has called on Ravnsborg to step down and GOP state Rep. Will Mortenson has filed articles impeachment against the attorney general.