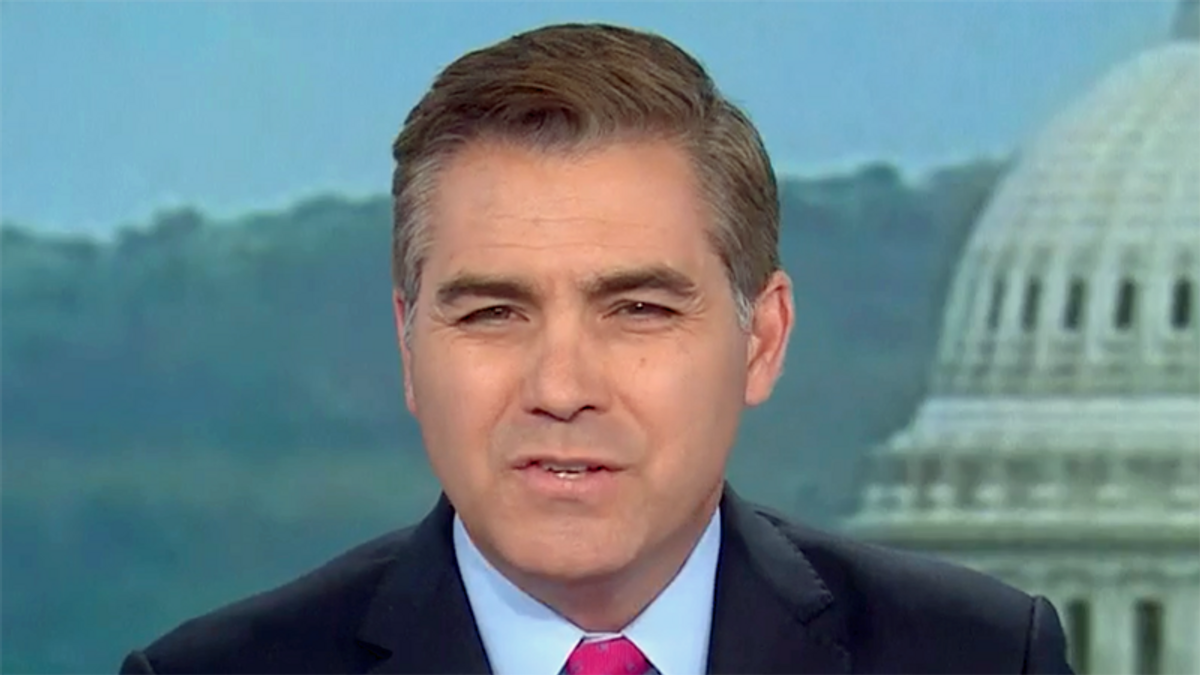 CNN's Jim Acosta scolded his audience on Saturday as he charged that not enough is being done to hold Republicans to account for their "Big Lie" of voter fraud and attacks on democracy with voter suppression laws.

"This week, President Biden took on the big lie and the insurrection," Acosta noted. The president warned the nation is still in danger after the events of January 6th."

"'You should be alarmed,' the president said. Yet the president did not offer support for removing the legislative blockade in Congress, the filibuster, that's standing in the way of laws that would safeguard our elections," Acosta explained. "The president appears to be holding out hope he can work with Republican leaders, Mitch McConnell and Kevin McCarthy. Maybe that could happen on infrastructure, but a new bridge is not going to protect the Capitol. It's more like the GOP has a bridge to sell you."

He played a clip of Trump continuing his lies.

"Given Trump's love for lies like that, delivering a speech about saving democracy without passing tough laws to protect elections is not going to be enough," he said. "To paraphrase the movie 'The Untouchables,' it's like bringing a knife to an insurrection."

Acosta reminded his audience of a key scene in the movie "The Untouchables" when Sean Connery asks Kevin Costner, "What are you prepared to do?"