‘There's a lot of blind loyalty’: GOP's Jim Jordan remains popular among his constituents despite controversies 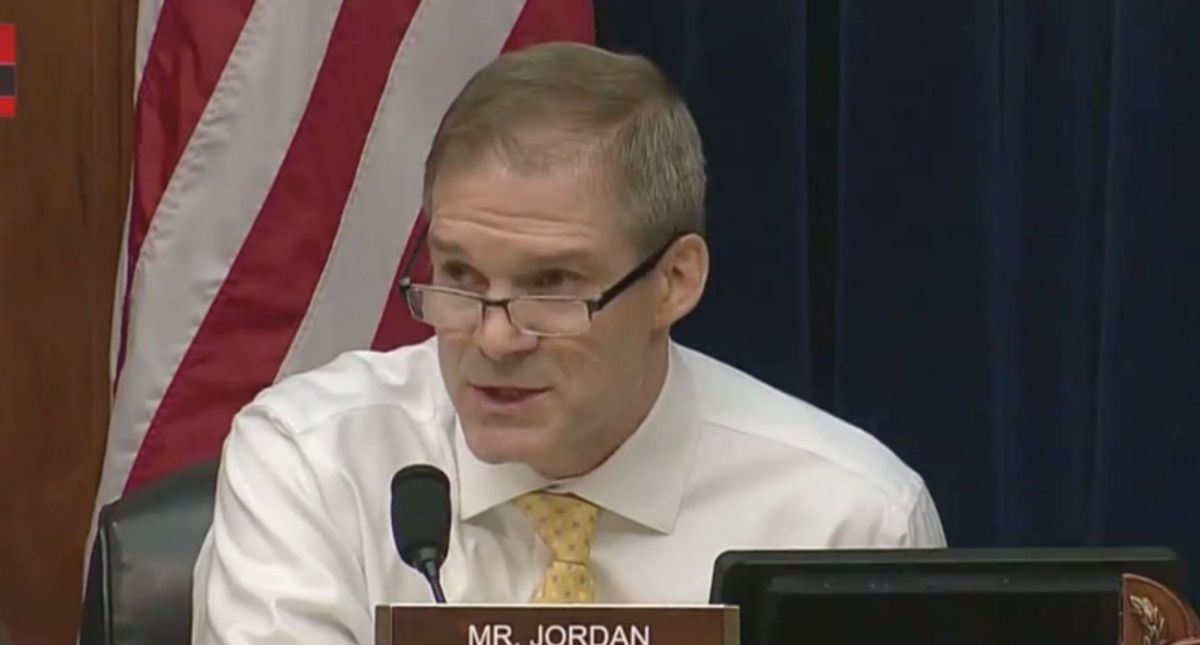 Rep. Jim Jordan (R-OH) is one of the most polarizing figures in Congress, but his constituents remain big fans of the staunch ally of former president Donald Trump.

The jacket-eschewing Ohio Republican is probably best known for his smirking and loudly combative defense of the twice-impeached one-term president, and that loyalty to Trump has made him popular with the folks back home, reported The Columbus Dispatch.

"I think it's just Jim being Jim," said Kimberly Brown, 57, owner of Hometown Music. "You have to be aggressive to get to the bottom of things. He's a wrestler. That's what he does. He spars."

Jordan's wrestling career comes up frequently among his supporters and detractors alike, and the congressman himself refers to it often.

"The closest thing to a wrestling match is a committee hearing," Jordan, a four-time state high school champion, recently told The Dispatch.

The GOP lawmaker also has been dogged by allegations from several Ohio State University wrestlers who were groped and fondled by now-deceased Dr. Richard Strauss in the 1980s who say that Jordan, an assistant coach at the time, knew about the abuse but looked the other way -- but many voters don't care about that.

"I'd hire a wrestler any day," said Doug Hoffman, 43, a chemical engineer and former youth wrestling coach. "He's not afraid of anything, and his work ethic is beyond parallel."

Wrestling is popular in the area where Jordan grew up, but he's not popular with everyone in the area.

"I think he's out of touch with the realities of what's going on in our area," said Amy Burchnell, 48, a program director at the nonprofit Creative Foundations. "I'm not fond of him. I do not see kindness. There's no compromising. It's either black or white. He sees things as wins or losses. I think he's looking for someone to fight with."

Jordan was re-elected last year with nearly 70 percent of the vote, and the area's Democrats grudgingly accept that most of their neighbors have a "blind loyalty to Jim Jordan and any Republican."

"I think there's a lot of blind loyalty to Jim Jordan and any Republican," said Democrat Marty Hess, owner of Marty's Water Works radiator repair service. "If the devil came up (as a Republican) and said, 'I'm running,' I think he'd win."