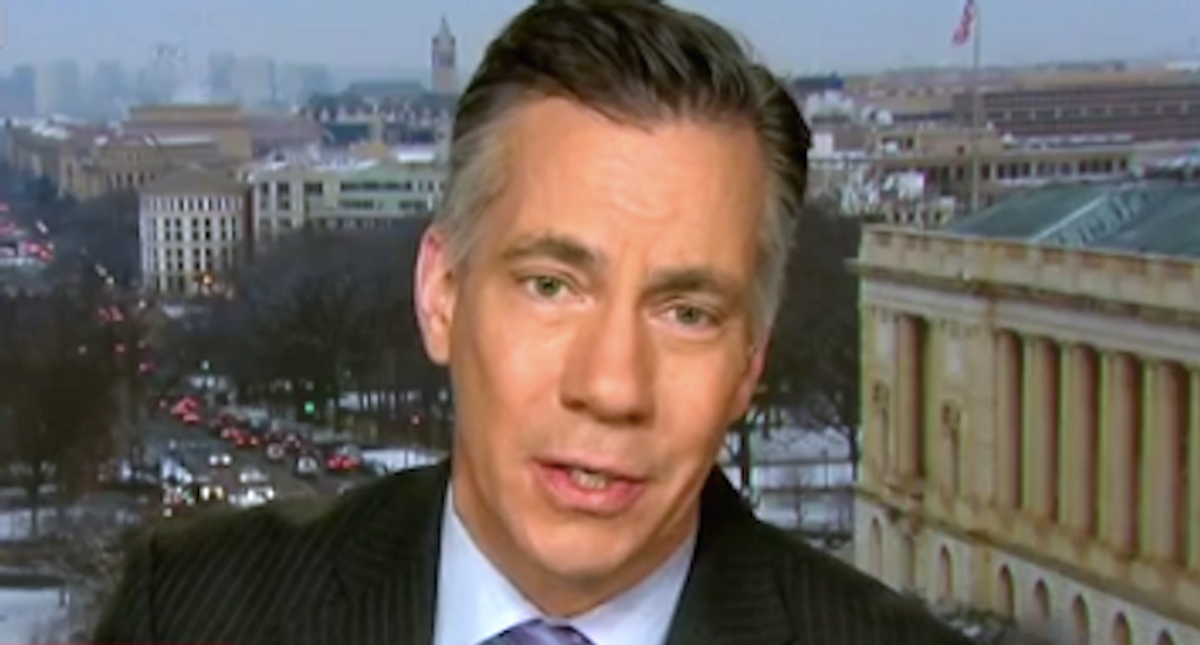 On CNN Thursday, anchor Jim Sciutto confronted Rep. Mike Turner (R-OH) about refusing to support the bipartisan January 6th commission — then smacked him down when he tried to claim the commission wasn't actually bipartisan.

"I think everybody is for bipartisan investigations," said Turner. "The problem is the politicization of all of this by Nancy Pelosi. If you want bipartisanship, ask Nancy Pelosi why she won't bring Republican bills even to the floor. And then she wants to—"

"35 Republicans voted for it," cut in Sciutto. "It was negotiated by Republicans."

"She brings a bill to the floor where she claims it's going to be bipartisan, where she's already so completely politicized January 6th," said Turner. "We have over 400 criminal investigations ongoing about January 6th. That's where these investigations need to be. I think one of the important questions that probably Nancy Pelosi needs to answer, which would help the bipartisan aspect of any investigation, is what was her role or her office's role in the lack of appropriate security of January 6th."

"Congressman, I know you want to put it all on the speaker but 35 of your — a Republican tasked by Kevin McCarthy negotiated the terms of this commission and granted many Republican requests," said Sciutto. "I've talked to Don Bacon, another of your Republican colleagues, last week, who said they gave us all we wanted with this commission. I'm just curious."