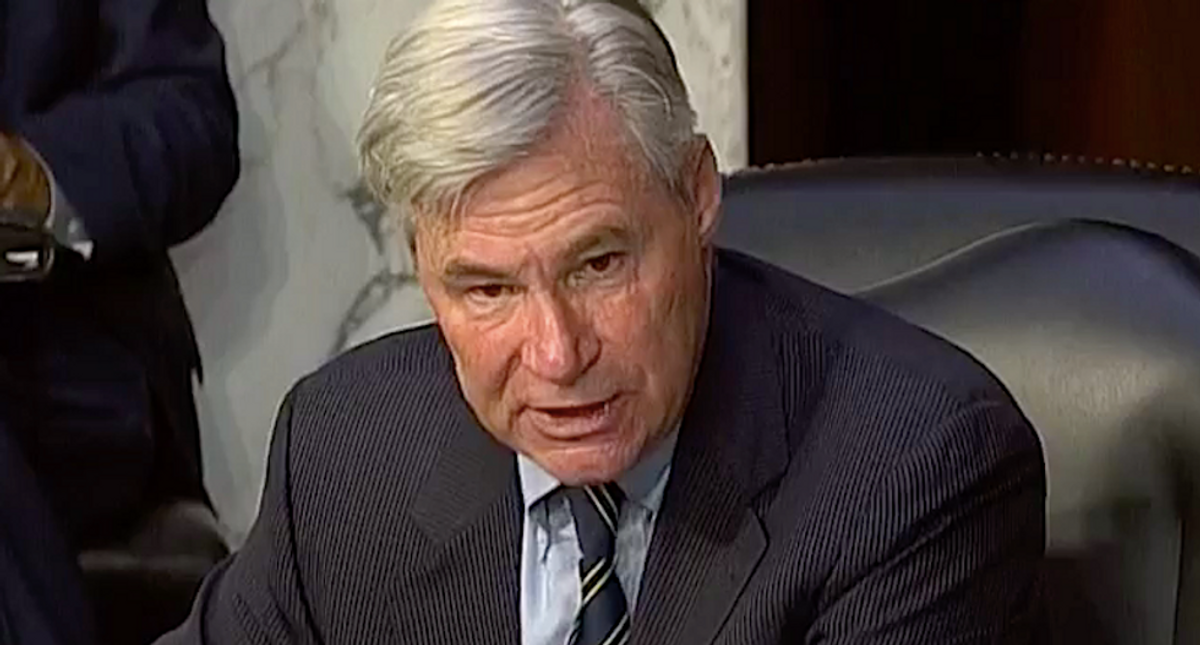 After Joe Biden was sworn in as president in January, Sen. Sheldon Whitehouse of Rhode Island expressed optimism that climate change would be a priority for Biden's administration. But in a Twitter thread posted this week, the Democratic senator doesn't sound as optimistic.

Whitehouse has a long history of sounding the alarm about the dangers of climate change, often saying, "It's time to wake up." And after Biden became president, he expressed hopes that a "new dawn" would be arriving in terms of the U.S. addressing the crisis.

The 65-year-old Whitehouse goes on to lay out some reasons for his concern.

"Climate has fallen out of the infrastructure discussion, as it took its bipartisanship detour," Whitehouse writes. "It may not return. So then what? I don't see the preparatory work for a close Senate climate vote taking place in the administration. Why not marshal business support?"

Whitehouse adds, however, that "Corporate America is still completely AWOL, if not worse, on climate in Congress."

"All the major corporate trade associations suck — all of them," Whitehouse laments. "Groups and advocates are quarreling — My way! No, my way! We need everything, not 'my thing.' Oy."

Whitehouse wraps up his thread by stressing that although addressing climate change is going to be an uphill climb, giving up is not an option.

"We need planning, organizing and momentum," Whitehouse writes. "It's not going to be easy. And it has to work. We are running out of time."