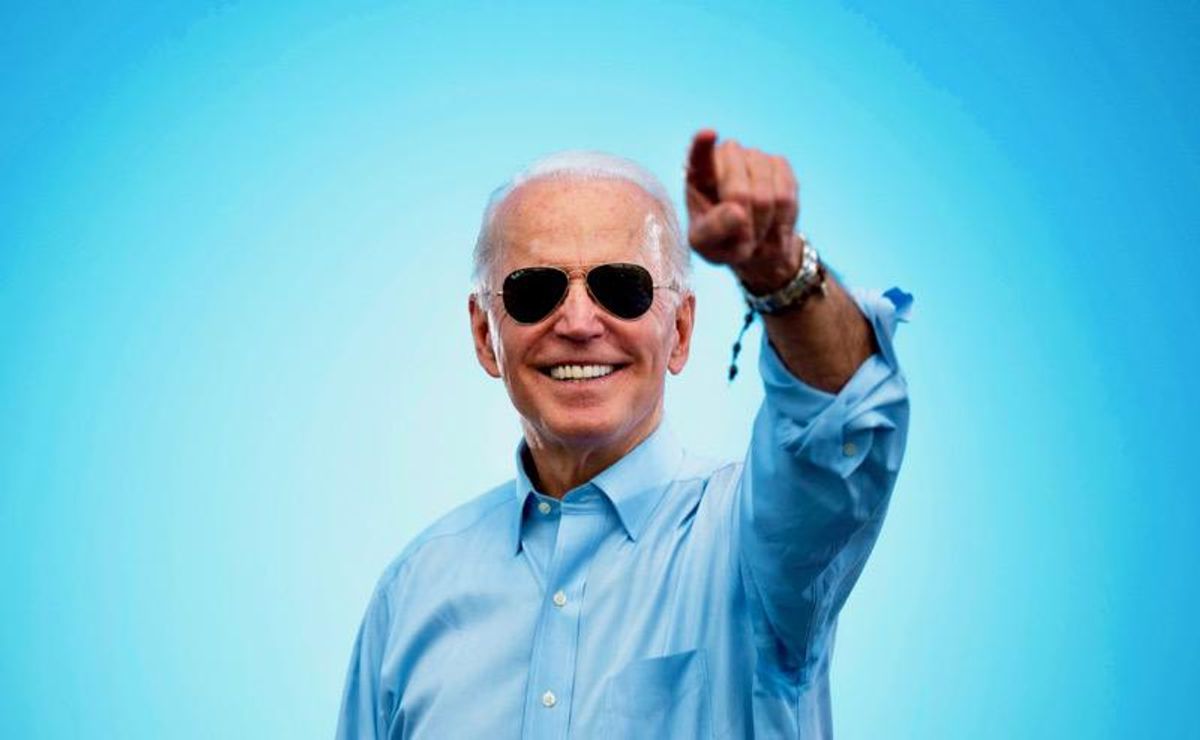 Joe Biden (Shutterstock)
President Joe Biden is quickly establishing himself as America's most pro-LGBTQ president ever. In his first 24 hours President Biden has signed a wide-ranging executive order on LGBTQ equality, added gender-neutral pronouns options to the White House website, nominated a Pennsylvania physician who will become the nation's first Senate-confirmed openly-transgender government official, nominated the first openly-LGBTQ person to his Cabinet, and announced he will reverse Trump's ban on open service for transgender military members. The Biden administration Secretary of State nominee, Antony Blinken, has also announced the State Dept. will allow U.S. embassies to fly the LGBTQ pride flag again, and reinstate the Special Envoy for the Human Rights of LGBTI Persons role. But there's more. Before the election the former Vice President promised to pass the Equality Act in his first 100 days. Last week an administration official said it might not happen that quickly but it is still a priority. The Biden administration has also committed to hiring LGBTQ people. It now has the first openly-LGBTQ State Dept. spokesperson, Ned Price. Karine Jean-Pierre is the White House Principal Deputy Press Secretary, and Pili Tobar is the White House Deputy Communications Director. Biden's LGBTQ+ executive order is garnering tremendous praise. It is "the most substantive, wide-ranging executive order concerning sexual orientation and gender identity ever issued by a United States president," the Human Rights Campaign says. Calling it "a revolution," Slate's Mark Joseph Stern sums up the Biden administration's focus on LGBTQ equality, describing it as "the most sweeping expansion of LGBTQ rights in American history." The executive order mandates the federal government enforce federal law, as defined in last year's landmark Supreme Court Bostock case, "to protect LGBTQ people from discrimination in employment, health care, housing, and education, and other key areas of life," as HRC notes. The language in President Biden's order is a striking departure in tone, motivation, and deed from anything ever seen in the Trump administration. "Every person should be treated with respect and dignity and should be able to live without fear, no matter who they are or whom they love," Biden's LGBTQ executive order begins. "Children should be able to learn without worrying about whether they will be denied access to the restroom, the locker room, or school sports. Adults should be able to earn a living and pursue a vocation knowing that they will not be fired, demoted, or mistreated because of whom they go home to or because how they dress does not conform to sex-based stereotypes. People should be able to access healthcare and secure a roof over their heads without being subjected to sex discrimination. All persons should receive equal treatment under the law, no matter their gender identity or sexual orientation." The order is not just a directive, it is an educational document. "Discrimination on the basis of gender identity or sexual orientation manifests differently for different individuals, and it often overlaps with other forms of prohibited discrimination, including discrimination on the basis of race or disability," it says. "For example, transgender Black Americans face unconscionably high levels of workplace discrimination, homelessness, and violence, including fatal violence." "It is the policy of my Administration to prevent and combat discrimination on the basis of gender identity or sexual orientation, and to fully enforce Title VII and other laws that prohibit discrimination on the basis of gender identity or sexual orientation," it specifies. "It is also the policy of my Administration to address overlapping forms of discrimination."