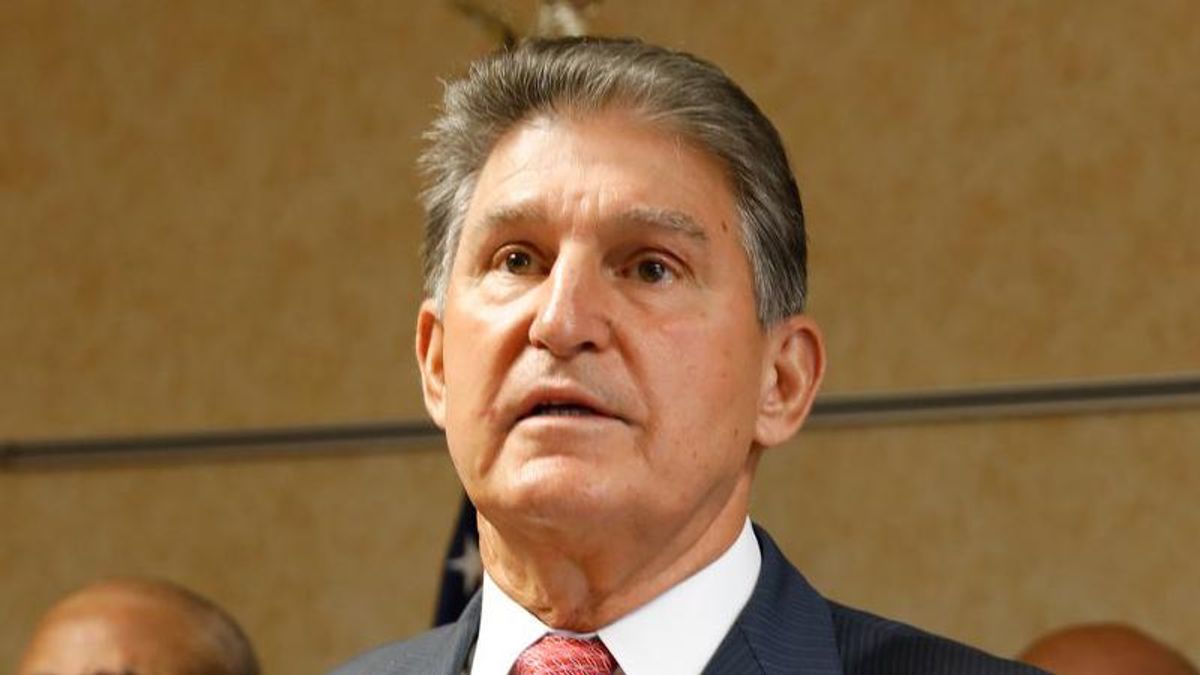 "Sure, Manchin is a centrist and a dealmaker. However, his recent op-ed in the Gazette-Mail in which he declared he will vote against the For the People Act — aimed at getting dark money out of politics and eliminating heavy voter suppression tactics enacted by Republican legislatures — did not compute. As many have said, and will continue to say, arguing against a bill to stop partisan voter suppression because there's no bipartisan support is headache-inducing," the Charleston Gazette-Mail wrote.

"The same could be said about Manchin's seemingly unmovable stance on the filibuster. It flies in the face of Manchin's previous support of voting rights expansion — he co-sponsored a similar bill in 2019 — and his previously stated desire for filibuster reform," the newspaper noted.

"Some have noted that Manchin's arguments against things he used to support mirror talking points from the U.S. Chamber of Commerce, a group that resumed donating to Manchin this year after a nearly decade-long drought," the newspaper reported. "Now, Manchin has preemptively shut down negotiations on the For the People Act, while coming up with his own list of demands, despite the former's soaring popularity among Democrats and Republicans in West Virginia. That's bipartisan, right? That's what the constituents want. Surely, Manchin's seen the polling. So why won't he budge?"

The newspaper believes Manchin will be judged by his lack of a valid argument.

"We're not sure what the answer is, but it can't be that these are things West Virginians don't want, and it can't be bipartisanship for bipartisanship's sake. Manchin knows this isn't playing well back home. How much he shows he cares about that will be telling," the newspaper concluded.