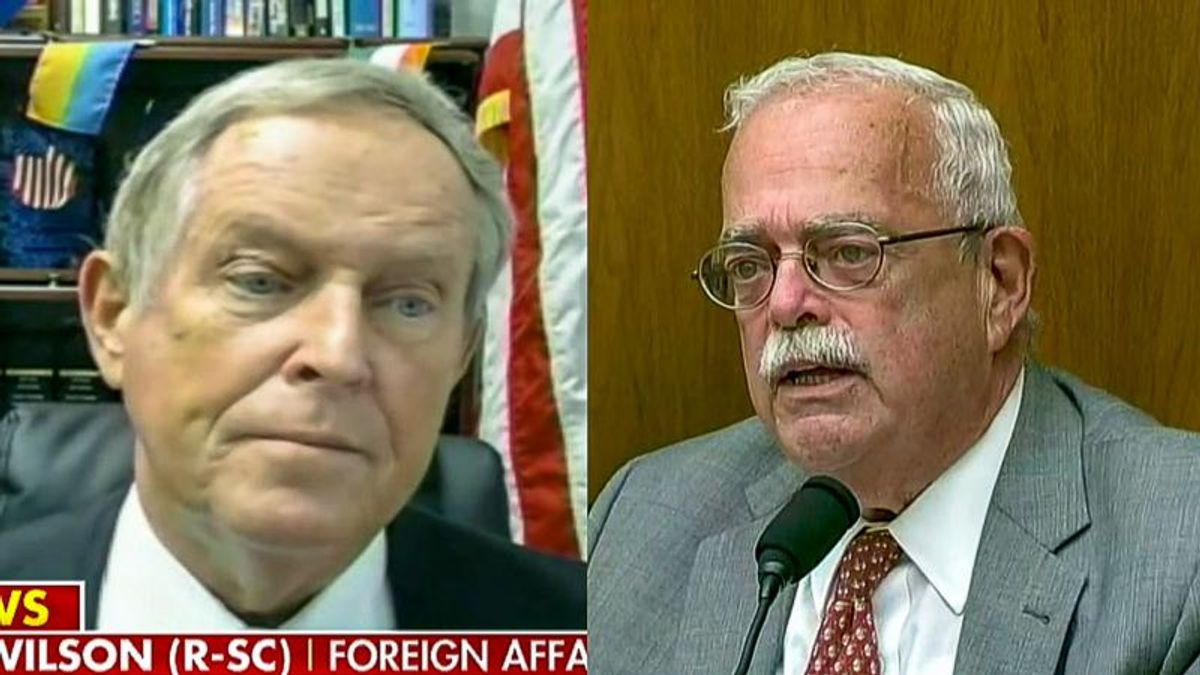 Rep. Joe Wilson (R-SC) was scolded on Monday after he accused President Joe Biden of lying about the U.S. withdrawal from Afghanistan.

Wilson is best known for shouting "you lie" at then-President Barack Obama during a speech to Congress in 2009.

The congressman returned to the same line of attack on Monday while attending a hearing with Secretary of State Anthony Blinkin.

Instead of using his time to ask questions of Blinkin, Wilson chose to read prepared remarks claiming that Biden had lied at least six times about the Afghanistan withdrawal.

At the conclusion of his remarks, Rep. Gerry Connolly (D-VA) suggested that Wilson should choose his words more carefully.

"I guess I would say to my friend from South Carolina, if I were the member of Congress who committed one of the most grievous acts in the State of the Union address when the President of the United States, Mr. Obama, was our guest, to shout out, 'You lie,' I might take more care about enumerating other alleged lies in a hearing with the secretary of state," Connolly said.