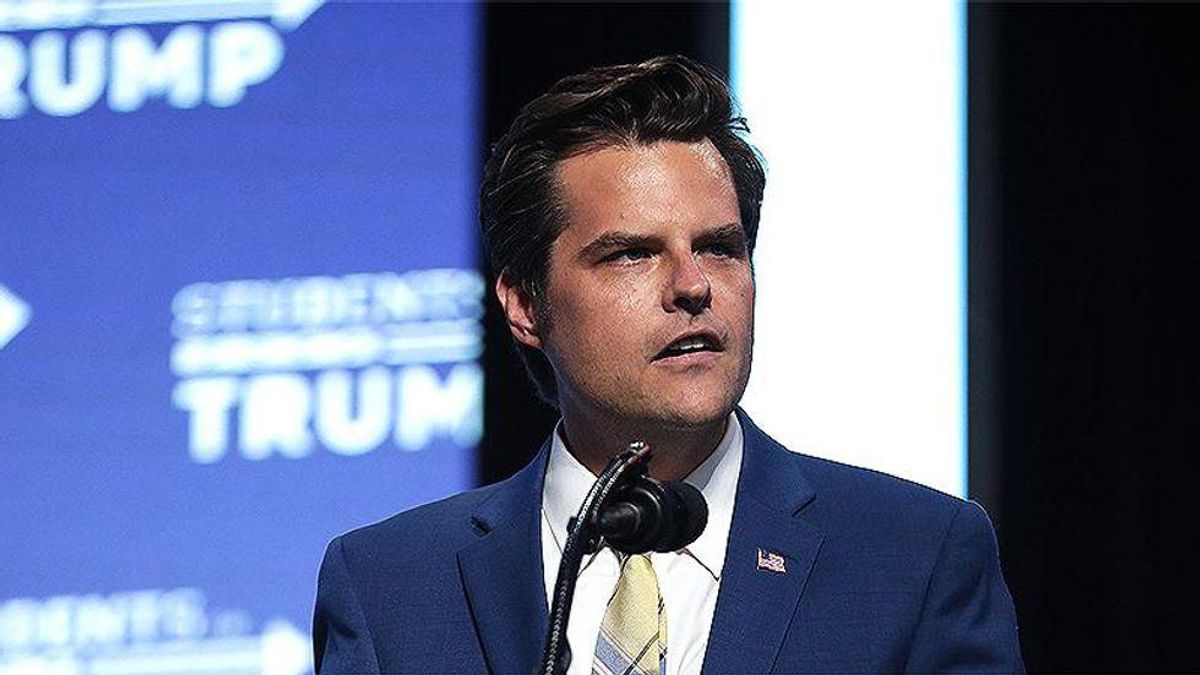 A Florida politician associated with Rep. Matt Gaetz (R-FL) is expected to plead guilty in a federal case, signaling that prosecutors may have gotten him to cooperate in their sex trafficking case against the GOP lawmaker.

Joel Greenberg, a former tax collector for Seminole County, has been discussing with prosecutors for months how he and Gaetz would pay women for sex using cash or gifts, which the lawmaker denies, but a court filing Thursday suggests that Greenberg has secured the plea agreement he had sought.

A change of plea hearing was scheduled for Monday, although it's not clear what charges Greenberg might admit to or how the pleading might benefit him.

But legal experts speculate what the development might mean for Gaetz, based on publicly available details in the case and their own experience, while others just relished the thought of the Florida congressman finding himself in hot water.

Gaetz knew it was coming, but it still has to be terrifying to get the news and chew on its implications. Greenberg… https://t.co/xzGsSpVCwT
— Harry Litman (@Harry Litman) 1620926771.0

Remember: Often when someone enters into a cooperation agreement, they must testify to the grand jury first. https://t.co/UczgOQQgZY
— emptywheel (@emptywheel) 1620921577.0

If Greenberg is signing a cooperation agreement, as some reports indicate, that would ordinarily mean that prosecut… https://t.co/KCP0vFmTvz
— Daniel Goldman (@Daniel Goldman) 1620923790.0

@Kris_Sacrebleu Which means Greenberg has already snitched to a Grand Jury. The agreements happen AFTER info is given, not before.
— MMinSC (@MMinSC) 1620922568.0

@ProjectLincoln @PaulaReidCNN @CNN @kpolantz Gaetz won’t be concerned about his cooperation agreement, he got many… https://t.co/W9mvm9QaTX
— Gerry Flood (@Gerry Flood) 1620925881.0