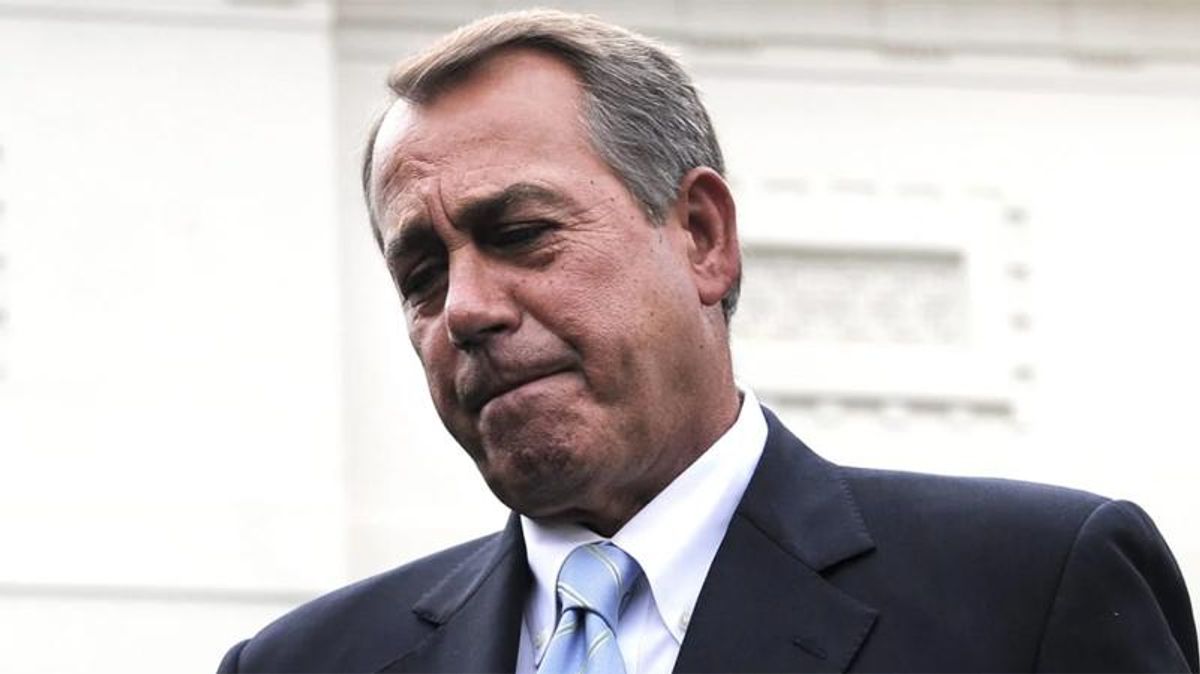 In an excerpt of his forthcoming book, former House Speaker John Boehner (R-OH) railed against former Republican colleagues who engaged in questioning whether Barack Obama was actually born in the U.S. despite the fact that he did little to halt the spread of the conspiracy theory when he part of the GOP leadership.

According to Boehner now, "By 2011, the right-wing propaganda nuts had managed to turn Obama into a toxic brand for conservatives. When I was first elected to Congress, we didn't have any propaganda organization for conservatives, except maybe a magazine or two like National Review. The only people who used the internet were some geeks in Palo Alto. There was no Drudge Report. No Breitbart. No kooks on YouTube spreading dangerous nonsense like they did every day about Obama. 'He's a secret Muslim!' 'He hates America!'"

He then wrote, "And of course the truly nutty business about his birth certificate. People really had been brainwashed into believing Barack Obama was some Manchurian candidate planning to betray America."

While he may call birtherism "nutty" now, he had a different approach years ago when still in office.

Back in 2011, Think Progress reported, "Three weeks ago, Rep. Eric Cantor (R-VA) — the second-highest ranking Republican in the House of Representatives — repeatedly refused to call theories that President Obama was not born in America 'crazy.' He told Meet the Press's David Gregory that 'I don't think it's nice to call anyone crazy,' and refused to rebuke the wild conspiracy theories. Today on the same program, Speaker of the House John Boehner (R-OH) also refused to repudiate such theories under a similar line of questioning from Gregory, who showed Boehner a Fox News clip in which several Iowa Republicans in a focus group said they believed Obama was a Muslim."

That fact did not go unnoticed by critics of Boehner, who noticed the former GOP leader seems to be re-writing his own complicity in that era.

@RyanLizza @playbookdc Yet another “I’m not gonna take any responsibility over what I did so I’ll just describe how… https://t.co/0kcyU8Pzi7
— Notorious PhD (@Notorious PhD)1617363144.0

@axios Funny how one becomes the voice of reason after they retire and start selling weed.
— Pat Sanchez (@Pat Sanchez)1617366661.0

@therecount WTF cares about John Bohner's opinion. For years he, along with every other Republican, solely for poli… https://t.co/9i0maGqg0x
— Kenneth W. Smith (@Kenneth W. Smith)1617367544.0