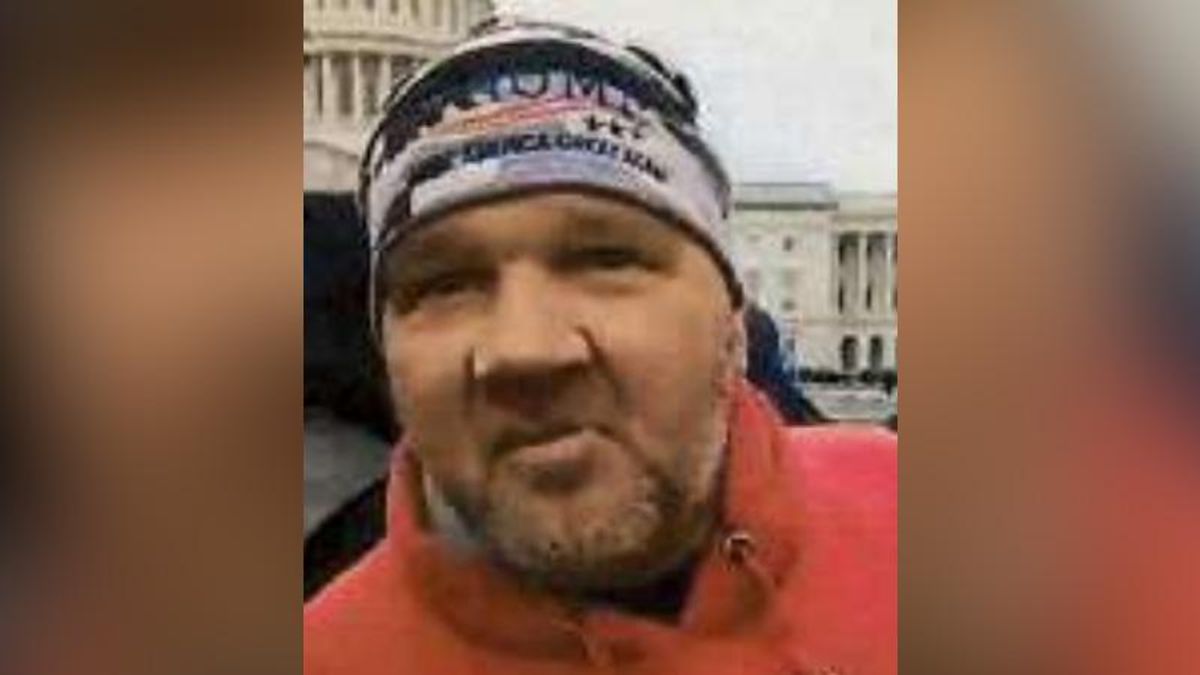 John Douglas Wright made it very clear on January 6 -- on Facebook Messenger-- that he hadn't come to the U.S. Capitol for a protest. He had come for a war.

Wright, 54, of Canton, Ohio, was arrested Monday by the FBI for having engaged in violent conduct at the Capitol riot, lied to the FBI, obstructed Congress and various criminal-entry charges. As has often been the case with the rioters, Wright's Facebook account provided plenty of evidence, according to the FBI.

Here are two of Wright's posts quoted in the arrest complaint:

"YESTERDAY WAS A PRACTICE RUN"

The FBI also claimed that these statements came from a video captioned "Doug Wright was live." The FBI report said Wright's voice was confirmed by a witness who knows him.

"We are in the house. All we got to do is get the door down now. We're gonna drag their stupid asses out," the voice is heard shouting. As well as "Whose house? Our house" and "yeah this is what the inside looks like. We are in our house."

In its arrest complaint, the FBI also revealed Facebook Messenger conversations with various individuals that it had retrieved from Wright's account.

The FBI stated that "Wright reveals his premeditated intent to assault law enforcement officers, breach the US Capitol Building, commit violence on members of Congress, and participate in 'war.'"

Here's a conservation between Wright and another person identified by the FBI as Individual 1.

Wright: WE ARE GOING TO HAVE TO FIGHT THE BLUE TOMORROW. FROM WHAT I SEEN TONIGHT THE TEMPERS WILL BE UP TOMORROW AND POLICE LINES WILL BE BREACHED

Individual 1: They need to understand that we are serious! I think they will get the point tomorrow.

Wright: WE HAVE ENOUGH TO PUSH THRU

Wright: THE FIRST MISTAKE THEY MAKE IN CHAMBERS WE ARE GOING IN AND DRAG THEM OUT

Individual 1: Georgia counties are shutting down again this is bullshit

Wright: HOPE I MAKE IT THROUGH

Photos included in the arrest report appear to confirm that Wright did indeed make it through. Here's how the report detailed another conversation, with "Individual 2:"

Individual 2: "So what's next civil war"

Then there was this conversion between Wright and "Individual 3:"

Individual 3: Yep! And they are stealing the Georgia runoffs as we speak

Wright: THAT WILL BE THE SECOND BATTLE FIELD

Individual 3: I hope he uses his executive order and arrests them all

Individual 3: You know they are gonna sneak through the tunnels instead of coming out of the building. People need to find the tunnel exits and get them.

Wright: ALL PLANNED OUT

Individual 3: I knew you was ahead of the game (flexed muscle and thumbs-up emojis)

On January 7, Wright sent these texts to "Individual 4," according to the FBI report:

Also on January 5, there was this exchange with "Individual 5":

Individual 5: I love it. Did you get in?

Wright: SET ON NICE BENCH IN ROTUNDA AND HAD A SMOKE

Finally, there was exchange with "Individual 6":

Individual 6: Are you guys planning on going back to DC?

Individual 6: When do you plan on going?

Wright: I THINK WE NEED TO MAKE HOME VISITS

On the same day, Wright was interviewed by his hometown newspaper, the Canton Repository. His language was toned down, but not all that much. Here's part of the newspaper's report:

"As Stark County businessman Doug Wright sees it, patriots stood up for their country and protested peacefully on Wednesday at the U.S. Capitol.

"We didn't burn nothing down. We didn't kill nobody," Wright said Thursday afternoon.

Wright, a Plain Township resident who operates a small shuttle bus company, said he was among nearly 500 Northeast Ohio residents who traveled by bus to attend the protests.

They arrived Wednesday morning near the Capitol in time to watch on video President Donald Trump's speech outside the White House. Wright spent Wednesday in Washington, D.C., before returning home with the caravan.

Wright, 54, said he was at the Capitol, but declined to discuss specifics or say if he entered the building. He did quip about being "beaten up by the cops," but several times said he was part of a peaceful demonstration.

Patriots are working to regain control of the country, said Wright, adding that both major political parties are corrupt.

Wright said he still is catching up on news reports about Wednesday's assault on the Capitol. The protest has been described as a riot, but Wright disagrees. He acknowledged the protesters pushed and pushed, then entered the Capitol building.

The Capitol is owned by the people of the United States, and while elected officials use the building "it's our office," he said. "We run this country, not them. They work for us."

The protesters aren't finished, Wright said. He said he's seen that more protests are planned for Jan. 17 near the Capitol.

"It's not about overthrowing the government. It's about creating a new party," Wright said. He believes a patriot party would outnumber the Democrats and Republicans.

Patriots are sick of being cheated, Wright said. "Yesterday wasn't the end. Yesterday was the first battle of the war. I promise you."

You can view the FBI criminal complaint here.