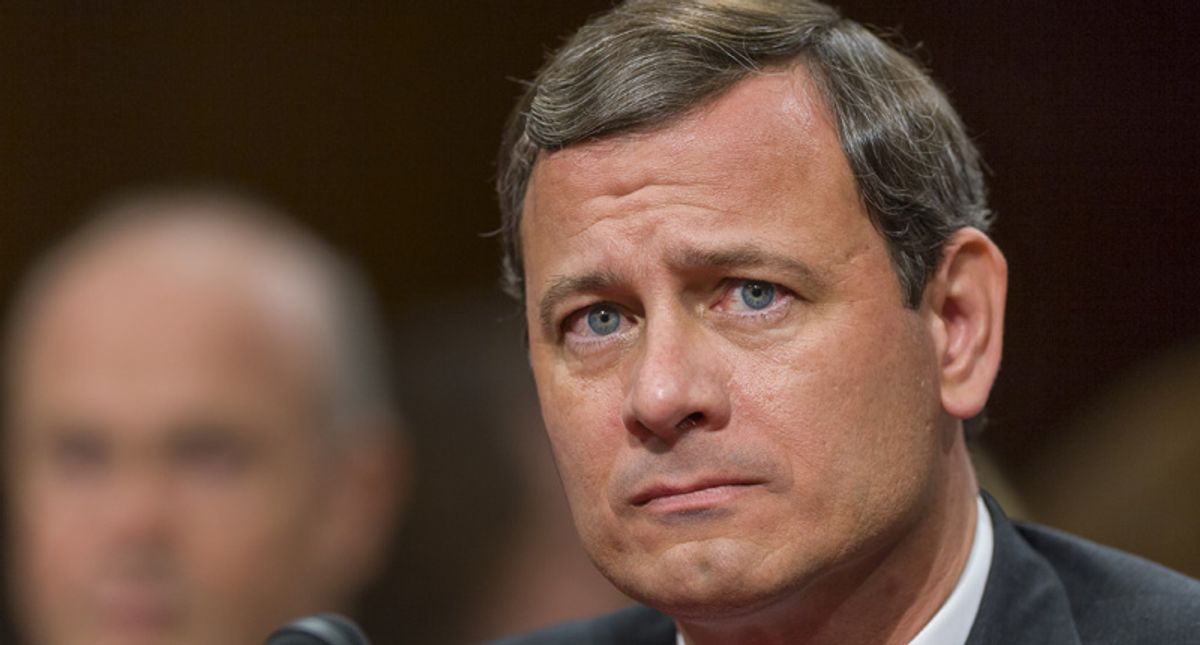 And in an interview on MSNBC with Rachel Maddow on Monday night, Senate Majority Leader Chuck Schumer revealed why for the first time.

"It was up to John Roberts whether he wanted to preside," Schumer said, "and he doesn't want to do it."

Many had assumed that, as he was during Trump's first impeachment trial, the chief justice would be obligated to preside. But a close reading of the U.S. Constitution suggests he is not.

"When the President of the United States is tried, the Chief Justice shall preside," the Constitution reads. The word "the" before "President" is crucial. Because while Trump is in some sense still "a president," he is definitively not "the president." Joe Biden is. Therefore, we can conclude there's no obligation on the part of the chief justice to preside in Trump's trial.

Schumer did seem to suggest that the chief justice may have presided over the trial, if he had so chosen. And nothing in the Constitution would appear to forbid that. But it's not surprising that Roberts, believing he had an option under the constitution, would opt to sit the trial out. He is known for having a strong desire to keep the Supreme Court as apolitical as possible. During Trump's first impeachment trial, he frequently looked uncomfortable and displeased with his obligation to preside.

There still remains a question of why Leahy had undertaken the obligation to preside over the trial. The duty could have fallen to Vice President Kamala Harris, who is the president of the Senate. Leahy, the president pro tempore, only presides in her absence. And Harris may be required during the trial if she needs to cast any tie-splitting votes on procedural matters.

Trump and other critics of the impeachment process may point to the chief justice's absence as a reason to discredit and dismiss the trial. But the constitutional analysis about his presence being unnecessary is clear-cut.

On Tuesday, 45 Senate Republicans voted to dismiss the trial entirely, arguing that former officials can no longer be subject to impeachment procedures. However, the scholarly consensus is against this view, and it is not directly supported by the Constitution. In fact, the Constitution specifically lists "disqualification to hold and enjoy any Office of honor, Trust or Profit under the United States" as a potential consequence of conviction. And that possibility clearly still exists for a former official. So it's reasonable to infer that a trial for a former president is within the scope of the Constitution. The Constitution also makes clear that the Senate itself has the sole power to try impeachments, suggesting that its determination on the matter is conclusive. And with 55 votes in favor of the trial, it has determined that the proceedings against Trump are legitmiate.