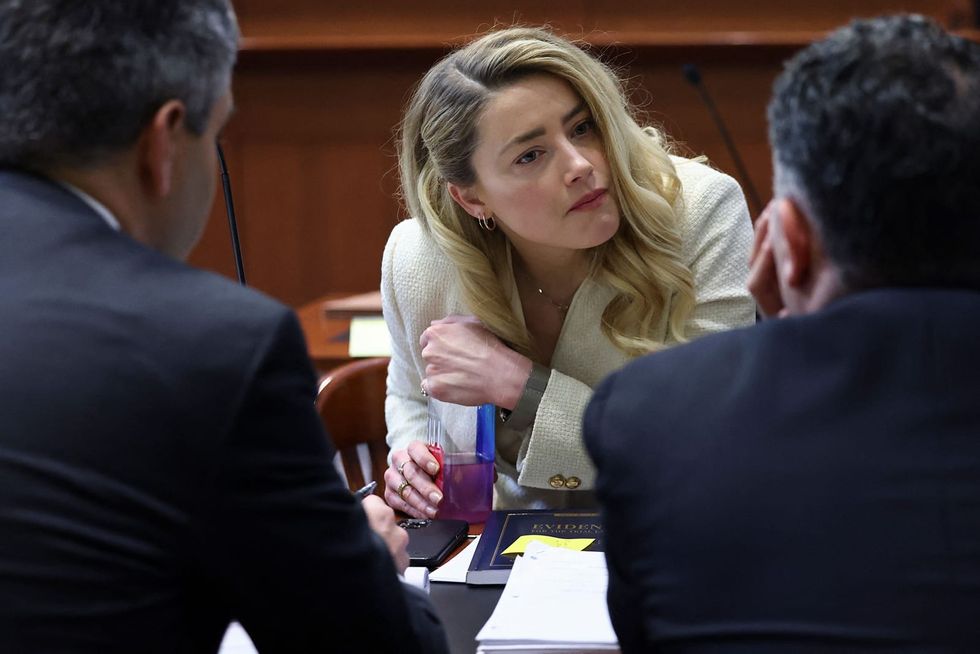 Actress Amber Heard talks to her attorneys during the defamation trial against her at the Fairfax County Circuit Courthouse in Fairfax, Virginia, on April 20, 2022. - Evelyn Hockstein/Pool/AFP/Getty Images North America/TNS

Johnny Depp accused ex-wife Amber Heard of repeatedly belittling him and frequently turning physically violent during their tumultuous marriage as he testified for the second day in a row at his defamation trial against the actress. Depp asserted Wednesday in the Fairfax, Virginia, courtroom that Heard’s “demeaning comments” and name-calling would often “escalate into a full-scale argument.” He cited multiple alleged instances of violence, including claiming Heard threw a bottle that severed the tip of his right middle finger. Heard “was unable to be wrong” during their disagreements, Depp sai...