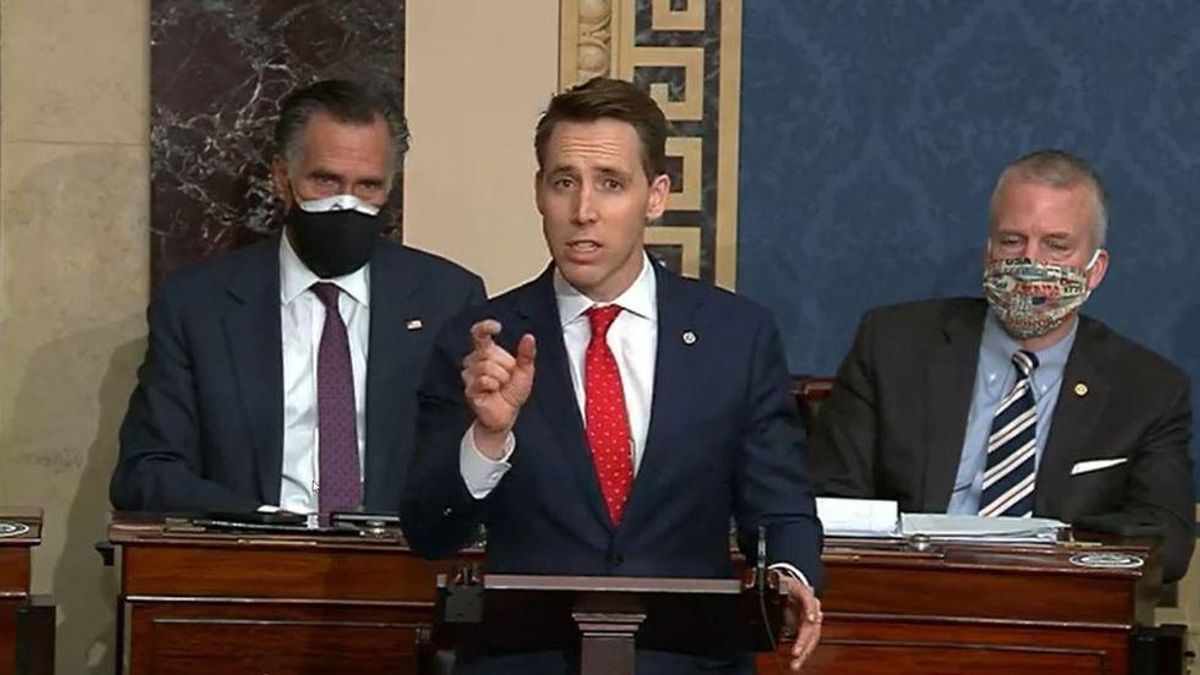 "The Times' bestseller list listed Hawley's book with a dagger symbol, which the publication uses to denote books that made the list with the help of bulk purchases or other potentially 'suspicious' methods," Forbes explained. "Hawley's book, like a number of his GOP colleagues before him, has benefitted from a large purchase by a Republican donor group: So far, the Federal Election Commission data shows the Senate Conservatives Fund paid Hawley's publisher Regnery Publishing $64,750 in February for 'donor books' supporting Hawley."

Paul Farhi of The Washington Post broke down the math: