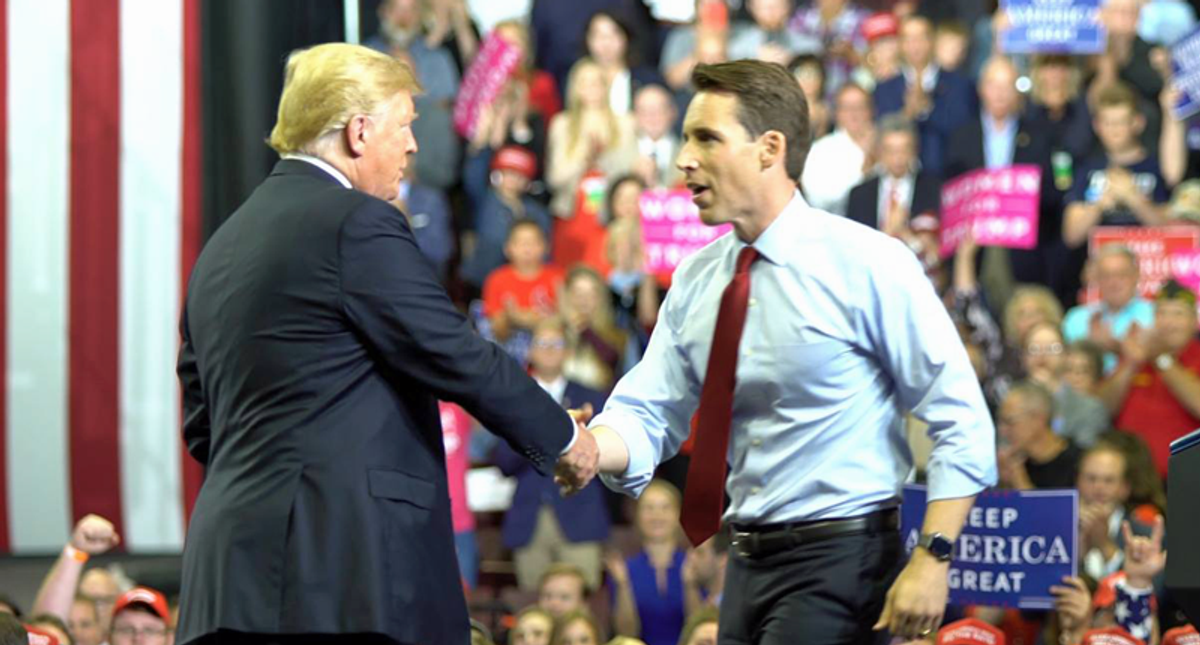 "Digital fundraising appeals sent by the National Republican Senatorial Committee under Hawley's name raised more money in February than those of any other senator except NRSC Chairman Rick Scott," said Axios. "The NRSC has a Hawley-branded page on the fundraising platform WinRed, asking donors to 'help end cancel culture and take back the Senate majority!' It also sent at least two fundraising emails last month under Hawley's name."

Personally, Hawley pulled in $1.5 million from nearly 28,000 donors between Jan. 1 and March 5, Axios reported, citing campaign finance reports. It's more than 12 times what he raised at the same time in 2020.

Corporate conservative groups like the U.S. Chamber of Commerce said that they will no longer support members who voted against the certification of the 2020 election.