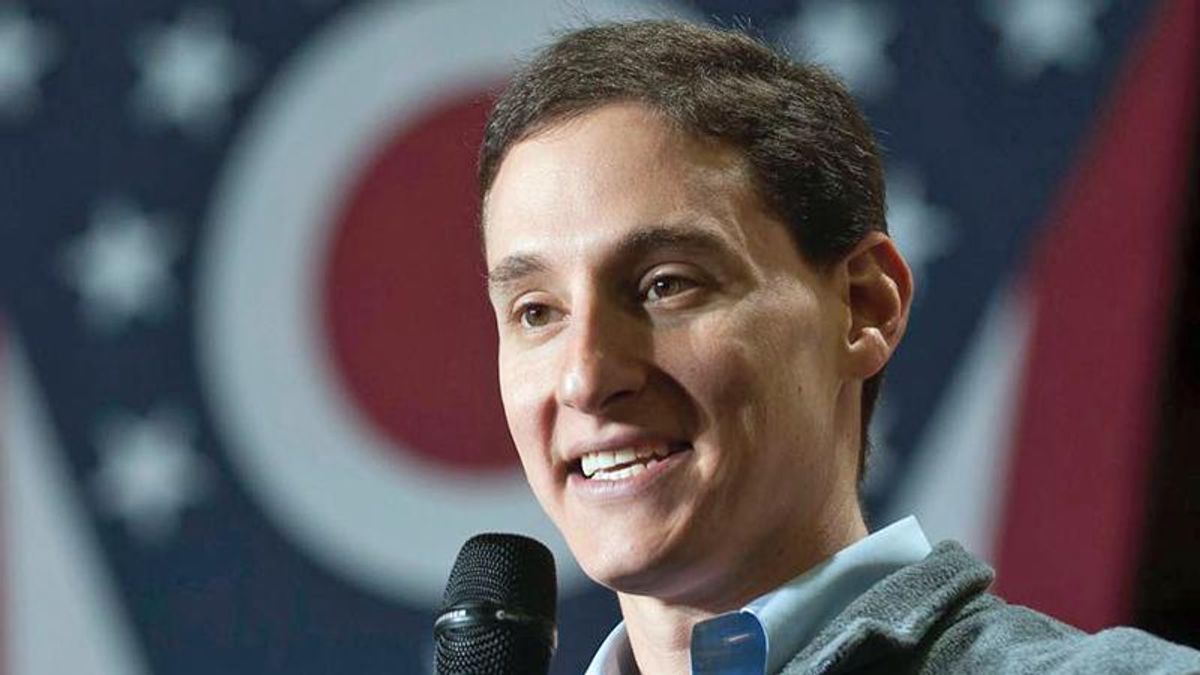 Ohio Republican Josh Mandel is once again running for the U.S. Senate and the local press are worried he will lie his way through the campaign.

Mandel, the state's former Treasurer, lost to Sen. Sherrod Brown (D-OH) in 2012 and abandoned his bid for a 2018 rematch after spending more than a year campaigning.

With Mandel running again, The Plain Dealer editor Chris Quinn posted a public explanation of how they will cover the controversial Republican.

"Usually with political campaigns, we cover where the candidates stand on various issues and report what they say. They lay out how they would improve the lives of constituents and attack their opponents' failings. It's pretty straightforward," Quinn noted. "The issue is that Mandel has a history of not telling the truth when he campaigns – he was our PolitiFact Ohio 'Pants on Fire' champion during his first run for Senate because of the whoppers he told. More recently, he is given to irresponsible and potentially dangerous statements on social media. He's proven himself to be a candidate who will say just about anything if it means getting his name in the news. We have not dealt with a candidate like this on the state level previously."

"This came to a head recently when a couple of states abolished mask orders, something that science has proven is a bad idea. We might be close to the end of the pandemic in this country, but we are still in it. If we lift the precautions, more people will get sick, and more people will die. Wearing masks saves lives, period," Quinn wrote. "But we know that Mandel, after abruptly dropping out of sight a couple of years ago, is eager to see his name in the news, especially because he faces a formidable opponent in former Ohio Republican Party chair Jane Timken. We suspected he would seize upon what the other states did in abolishing mask requirements and call on Ohio Gov. Mike DeWine to do the same."

"We could have written a traditional 'he said-she said' story, saying, 'Senate candidate Josh Mandel is calling on Gov. Mike DeWine to end coronavirus restrictions, but health experts warn such steps will endanger more people.' But that's not what this was about. Mandel knows he is calling on the governor to do something that would endanger countless people. No, what this was about was a naked bid for attention," Quinn explained. "So, we could have covered it with an analysis piece, saying 'Senate candidate Josh Mandel seeks attention by calling for coronavirus steps that would kill Ohioans.'"

"We ultimately decided not to write about Mandel's call for DeWine to lift his coronavirus restrictions. Mandel is pretty much a nobody right now, a nobody begging for people to notice his Tweets a year ahead of the Senate primary. Just because he makes outrageous, dangerous statements doesn't mean it is news," Quinn wrote.

The editor explained how the newspaper will proceed.

"I predict this column will bring more email responses than usual, some of it angry, but I've promised you transparency about newsroom decisions. We're still working out our approach to Mandel. As we get closer to election time, what Mandel says might be news, and I don't believe the right approach to covering dangerous statements by candidates is the traditional "he said-she said." If a candidate makes statements that endanger the lives of Ohioans, as Mandel did here, that's the story. That's the news," Quinn wrote. "I believe we will be writing a lot of analysis pieces if Mandel becomes a viable candidate."