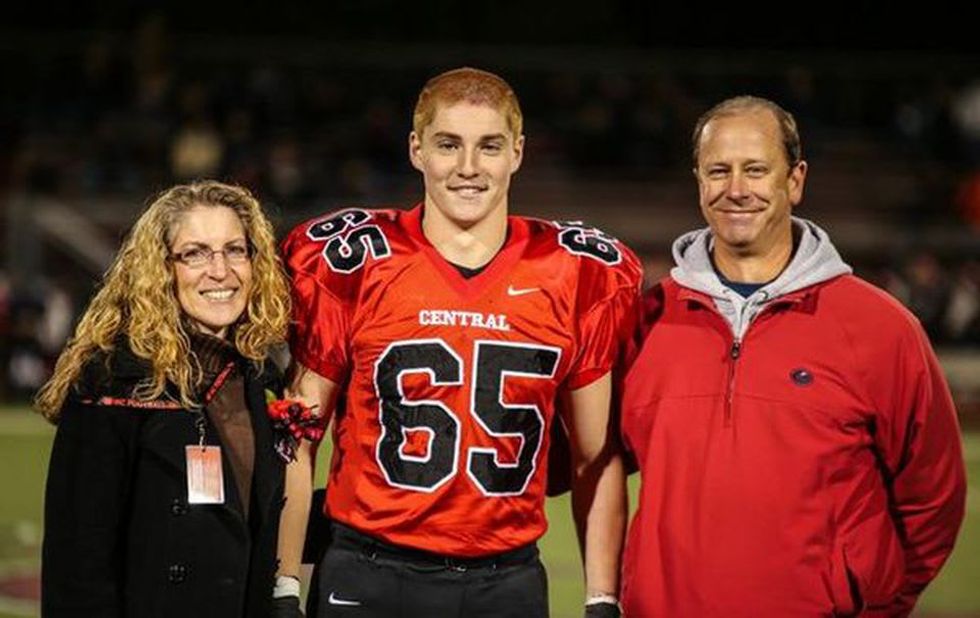 Evelyn and Jim Piazza with their son, Timothy, who played high school football. Tim died during his sophomore year at Penn State after falling down stairs inside a fraternity house during a booze-fueled pledge party.

STATE COLLEGE, Pa. — Penn State can buy a former fraternity house where a New Jersey student was fatally injured during a night of drinking and hazing, a judge has ruled. Centre County Judge Brian Marshall gave the university and the Beta Theta Pi fraternity’s national chapter six months to negotiate a deal, the Centre Daily Times reported Thursday. The purchase price could be determined by arbitrators if the two can’t reach an agreement. Marshall issued the ruling Tuesday, about two months after a three-day trial was held. A Penn State spokesperson said the university was “very pleased” with ...