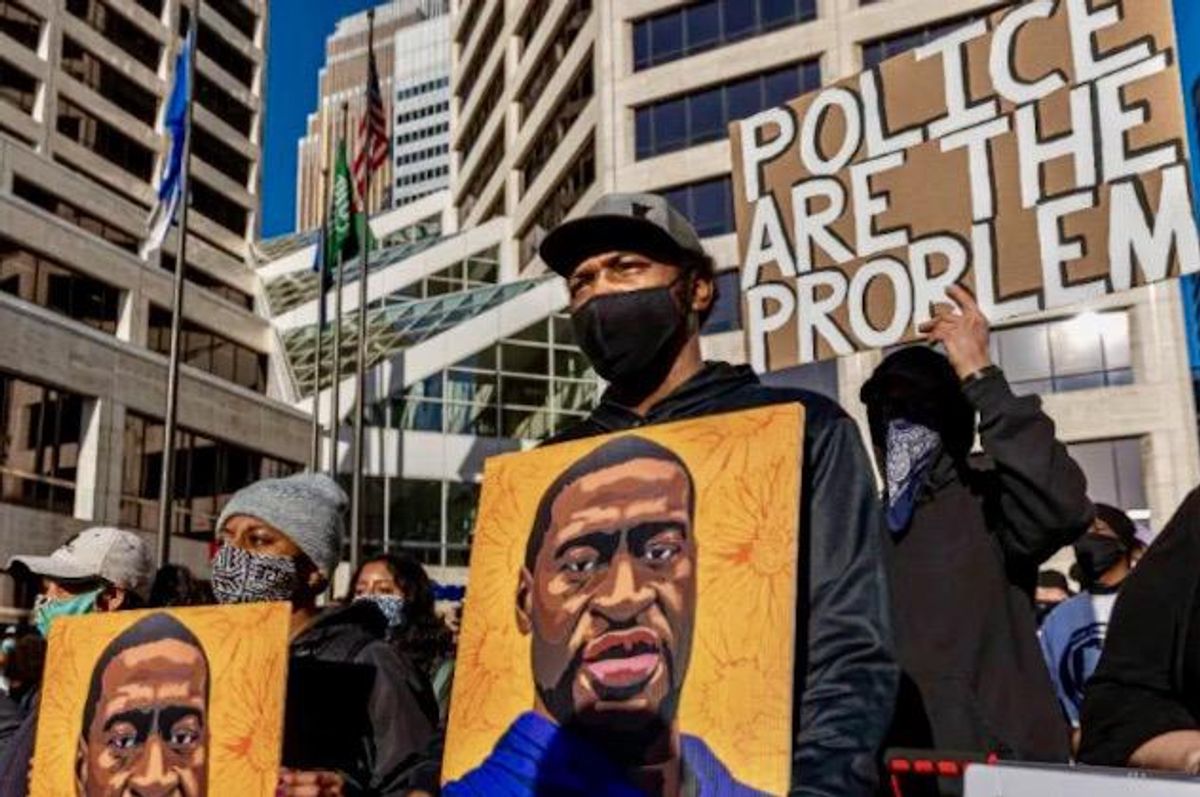 Jury selection began on Tuesday in the high-profile trial of the white police officer accused of killing George Floyd, a Black man whose death was captured on video and sparked mass protests against racial injustice and police brutality in the United States and around the world.

Jury selection had been scheduled to begin on Monday but was delayed for a day as prosecutors sought to reinstate a third-degree murder charge against the 44-year-old Chauvin.

A court of appeals has not yet issued its ruling but Hennepin County Judge Peter Cahill decided to go ahead with jury selection anyway.

The jury selection process is expected to take about three weeks with opening arguments in the trial expected to begin around March 29.

Chauvin was dismissed from the police force after he was captured on video by a bystander with his knee on the neck of a pleading, gasping Floyd for nearly nine minutes.

Chauvin, who has been free on bail, appeared in court on Tuesday wearing a grey suit and a black face mask at a desk surrounded by plexiglass as a Covid-19 precaution.

He occasionally jotted down notes on a yellow legal pad.

Floyd's death laid bare racial wounds in the United States and sparked months of sometimes violent protests against racism and police brutality, both in the US and abroad.

Lawyers for both sides face the difficult task of finding jurors who have not already made up their minds about the widely publicized case.

All four officers were fired by the Minneapolis Police Department.

Floyd's arrest was prompted by accusations that he had tried to pass a counterfeit $20 bill in a nearby store.

Chauvin's case is being watched as a potential marker of change in a country that recently elected its first Black vice president but has seen police officers historically escape punishment for abusive acts.

Amid the Covid-19 pandemic, social distancing rules mean seating will be limited at the trial, with the Floyd and Chauvin families given only one seat a day.

Despite intense global interest, only two reporters will be allowed in. The trial is being livestreamed.

Lawyers for Chauvin, a 19-year veteran of the force, have argued that he was following police procedure and claimed the 46-year-old Floyd died of an overdose of the drug fentanyl.

"Mr. Chauvin acted according to MPD policy, his training and within his duties," according to his lawyer, Eric Nelson. "He did exactly as he was trained to do."

An autopsy did find traces of fentanyl in Floyd's system but said the cause of death was "neck compression."

A verdict is not expected until late April.