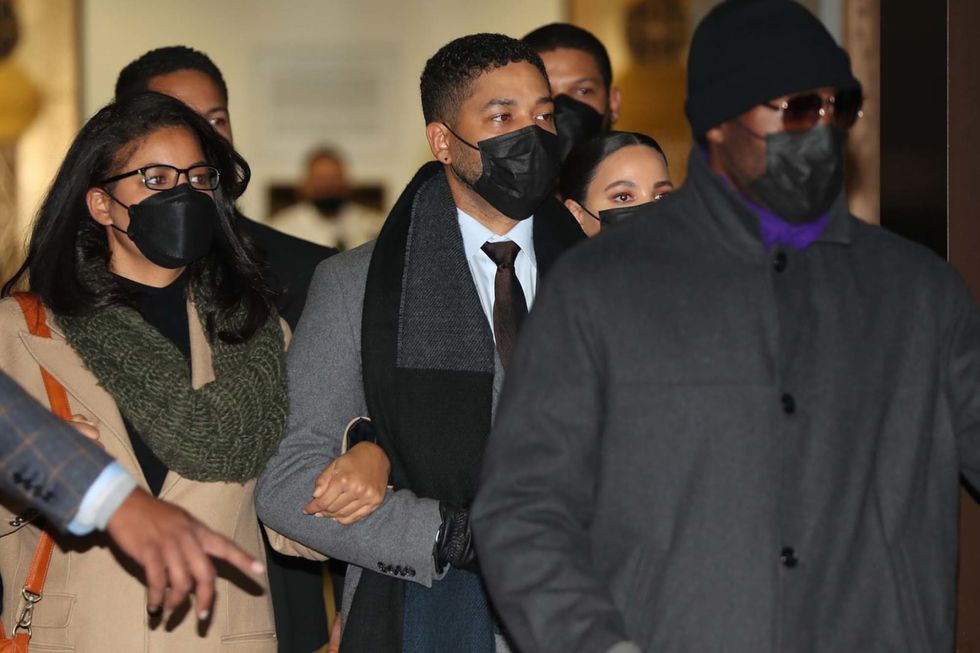 Jussie Smollett, middle, leaves the Leighton Criminal Court Building in Chicago after being found guilty on five of six charges in his criminal trial on Dec. 9, 2021. - Terrence Antonio James/Chicago Tribune/TNS