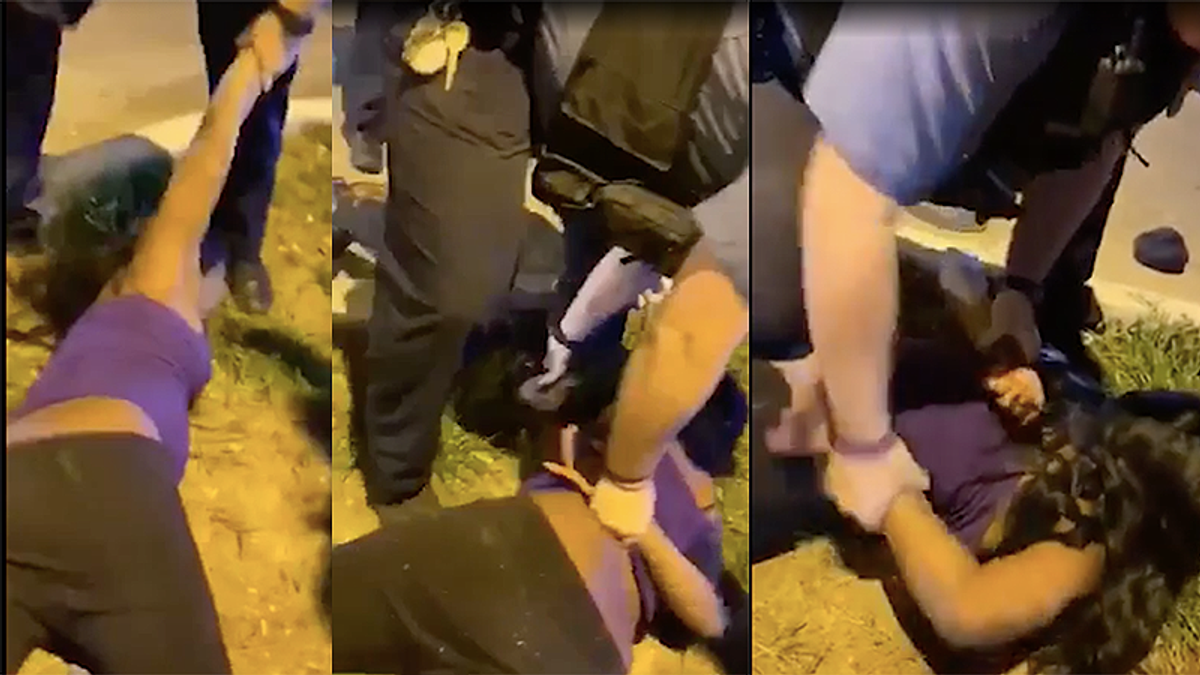 A Kansas City police officer who shot and killed an unarmed Black man is also under review for a use of excessive force on a pregnant woman.

According to the Kansas City Star, Officer Blayne Newton who shot Donnie Sanders last March was "listed in an unredacted letter written by the Jackson County Prosecutor's Office that offered a detailed narrative of the case, photographs and legal analysis." Still, Jackson County Prosecutor Jean Peters Baker announced this week that there would be no charges against Newton.

Now it's being reported that six months after the shooting, Newton arrested a pregnant woman for protesting over the arrest of someone else. A video showed Newton arresting 25-year-old Deja Stallings by putting his knee on her back with her large pregnant stomach pressed to the pavement.

"Having (Newton) there, still working, I think it's a slap in the face of the community," said attorney Henry Service.

Stallings was given a municipal citation for hindering the arrest of another, the Star said, citing court records. She gave birth weeks after and the baby was in the neonatal intensive care unit, the family said, because of Newton's police brutality.

There is a review of Newton's arrest of Stallings ongoing by the prosecutor's office.

Missouri abides by the "qualified immunity doctrine" which gives police an "out" by justifying murder with the claim that they felt threatened.

Police violence has become "par for the course" in Kansas City, attorney and activist Stacy Shaw told the Star. She explained that Newton isn't the only KC cop who is linked to multiple violent incidents.

The Star listed two others with details on their cases.

Read the full report from the Kansas City Star.