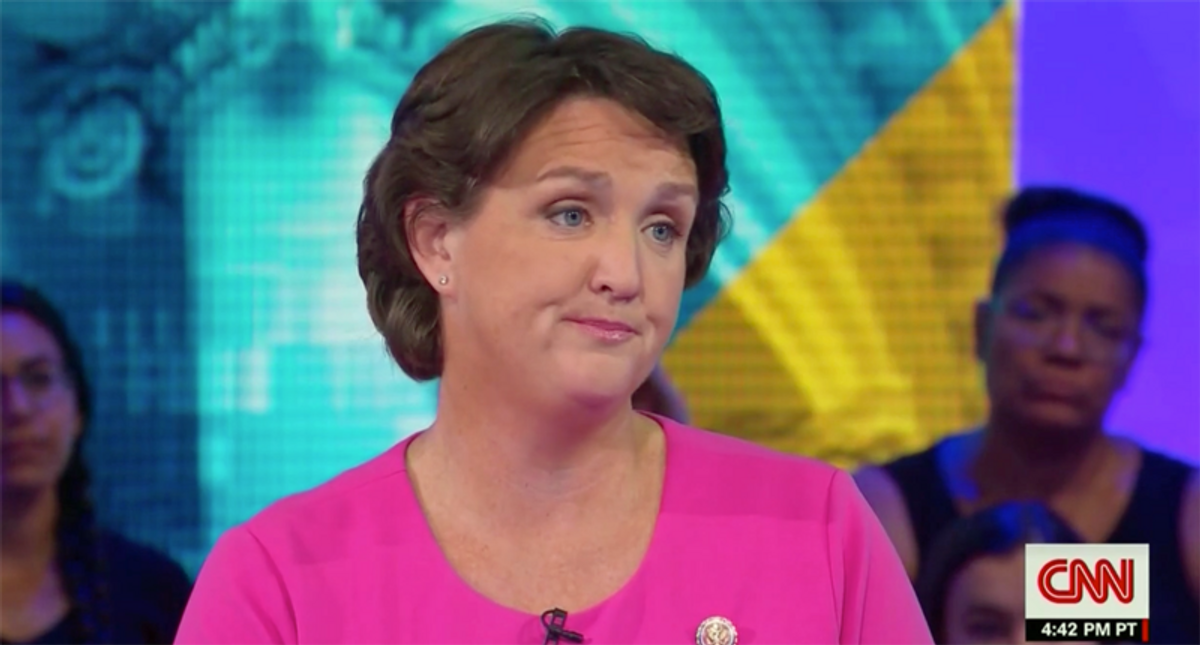 Congresswoman Katie Porter took a fossil fuel industry executive to task for falsely suggesting during a House hearing on Tuesday that oil and gas companies don't receive special treatment in the U.S. tax code, a claim that the California Democrat quickly refuted—while also offering to eliminate the tax breaks.

Asked by Porter to explain how much of his company's intangible drilling costs is tax deductible, Mark Murphy of Strata Production—a New Mexico-based oil and gas exploration company—responded that "we get to deduct all of those just like any other business."

"There seems to be a misconception out there that you're operating from that somehow the oil and gas industry benefits from some special sort of tax structure," said Murphy, the president of Strata Production. "We don't."

Porter, a second-term congresswoman who has developed a reputation for her incisive grilling of corporate executives and government officials, swiftly undercut Murphy's narrative, explaining: "You do benefit from special rules. There's a special tax rule for intangible drilling costs that does not apply to other kinds of expenses that businesses have."

"You get to deduct 70% of your costs immediately, and other businesses have to amortize their expenses over their entire profit stream," Porter added. "So please don't patronize me by telling me that the oil and gas industry doesn't have any special tax provisions. Because if you would like that to be the rule, I would be happy to have Congress deliver."

Environmentalist Bill McKibben, co-founder of 350.org, was among those who applauded Porter's debunking of the fossil fuel executive's false claim.

"The wonderful Rep. Katie Porter provides a signal moment in congressional history," McKibben tweeted. "And it's a sign of the weakening position of the oil industry—no deference to these liars any longer."

Porter is the lead sponsor of Ending Taxpayer Welfare for Oil and Gas Companies Act, legislation introduced last week that would—according to a summary from the California congresswoman's office—"raise royalties, rental rates, inspection fees, and penalties on oil and gas companies that extract resources from public lands."

"Public lands are a collective national treasure that belong to the American people—polluters that want to extract energy on these lands owe taxpayers a fair price," Porter said in a statement. "We haven't raised the rental rate for mining on public lands since I was in junior high, and we've been charging oil and gas companies the same royalty rate for over 100 years. My Ending Taxpayer Welfare for Oil and Gas Companies Act would protect taxpayers and give these prices a decades-overdue update."

"Count me in!" Porter responded.