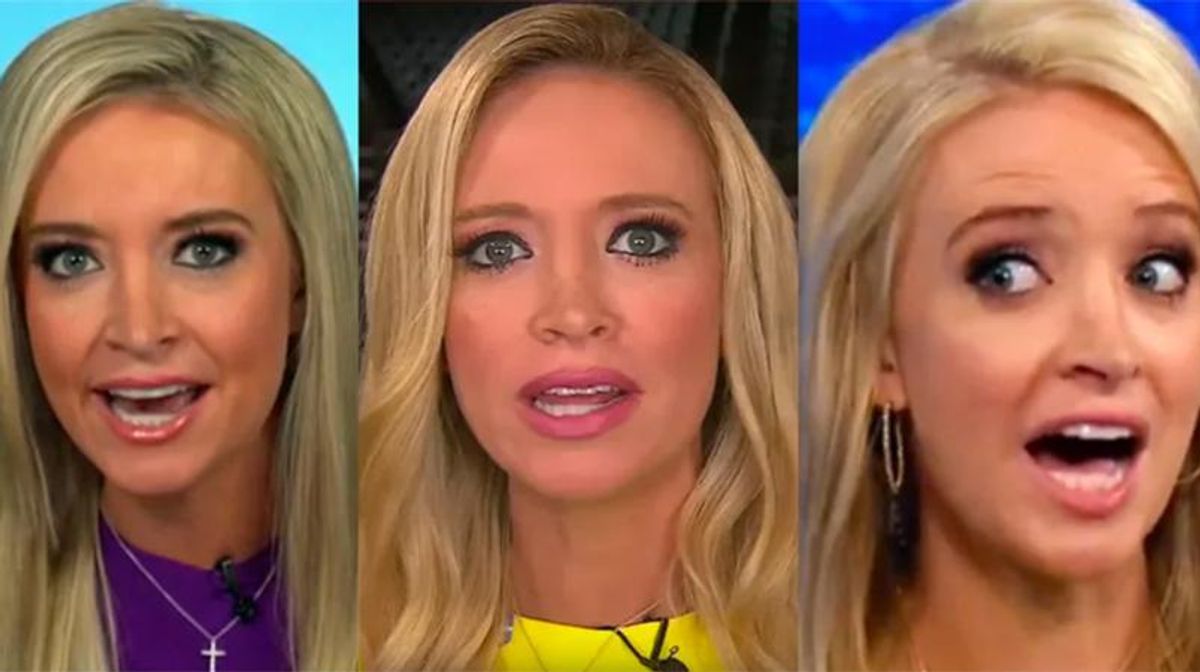 Following an appearance by "State of the Union" host Jake Tapper on "CNN's "Reliable Sources" -- where he revealed that he had banned Kayleigh McEnany from his show for her shameless lying, the outgoing White House press secretary tweeted out the clip and complained it was a baseless personal attack."

She wrote, "This is a therapy session for a broken network, and

@jaketapper is lazy enough to participate by lobbing baseless personal attacks, with ZERO evidence. Jake's real problem: I do not leak. I do not lie. But I DO call out the lies of the media (i.e. CNN Russia collusion hoax!)"

That was a big mistake.

Her tweet, in turn, only opened the floodgates of critics on Twitter who backed the CNN anchor and called out McEnany for telling White House reporters in April she would she would never lie --- and then breaking the promise within days.

Why is Kayleigh trashing Jake Tapper? He’s only stating the obvious. Get her going at #lLyingKayleigh https://t.co/sUGDhC2yJm
— Jacques (@Jacques)1609095027.0

@kayleighmcenany @jaketapper This triggered you, didn’t it Kayleigh? What Jake said is the truth...so naturally, yo… https://t.co/eLGMPSGo4Z
— Justin Whittaker (@Justin Whittaker)1609092868.0

@kayleighmcenany @jaketapper Oh yea let us not forget the binders! When they come out you know the lies are to follow
— Whose America (@Whose America)1609093159.0