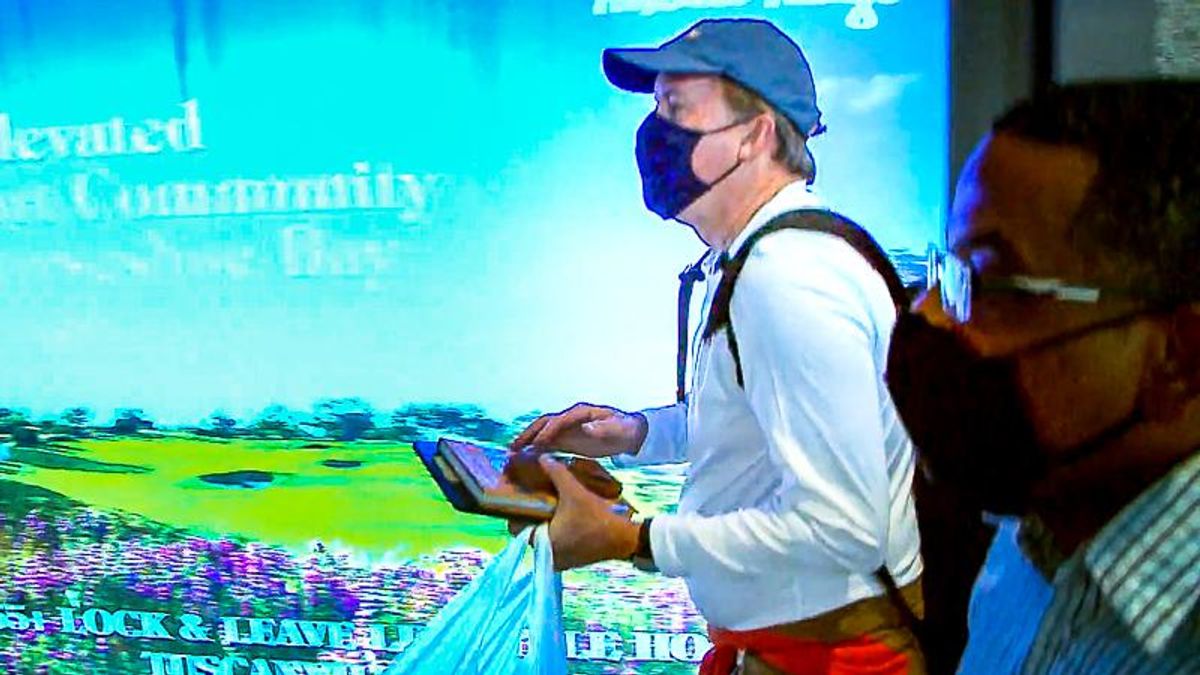 In video of the confrontation, Glynn can be heard repeatedly asking the Texas attorney general to comment on the massive power outages that were caused by a winter storm.

Paxton, however, ignored the questions as KXAN staff literally broke into a run to follow him to the parking lot.

"We're just asking for your comment to Texans," Glynn said. "They want to hear from you, sir. Sir, please. Do you have anything to say?"

Throughough the incident, the Texas Republican declined to make eye contact with the reporter. He eventually was ushered into a black SUV before driving away.

Watch the video below from KXAN.

NEW: @TXAG Paxton landed in Austin this afternoon after a trip to Utah last week. It's the first time we have seen the attorney general in-person since the energy crisis across the state last week. I tried asking some questions, he didn't answer any. #txlege @KXAN_News pic.twitter.com/kguCb29vFC
— Maggie Glynn (@maggie_glynn1) February 24, 2021