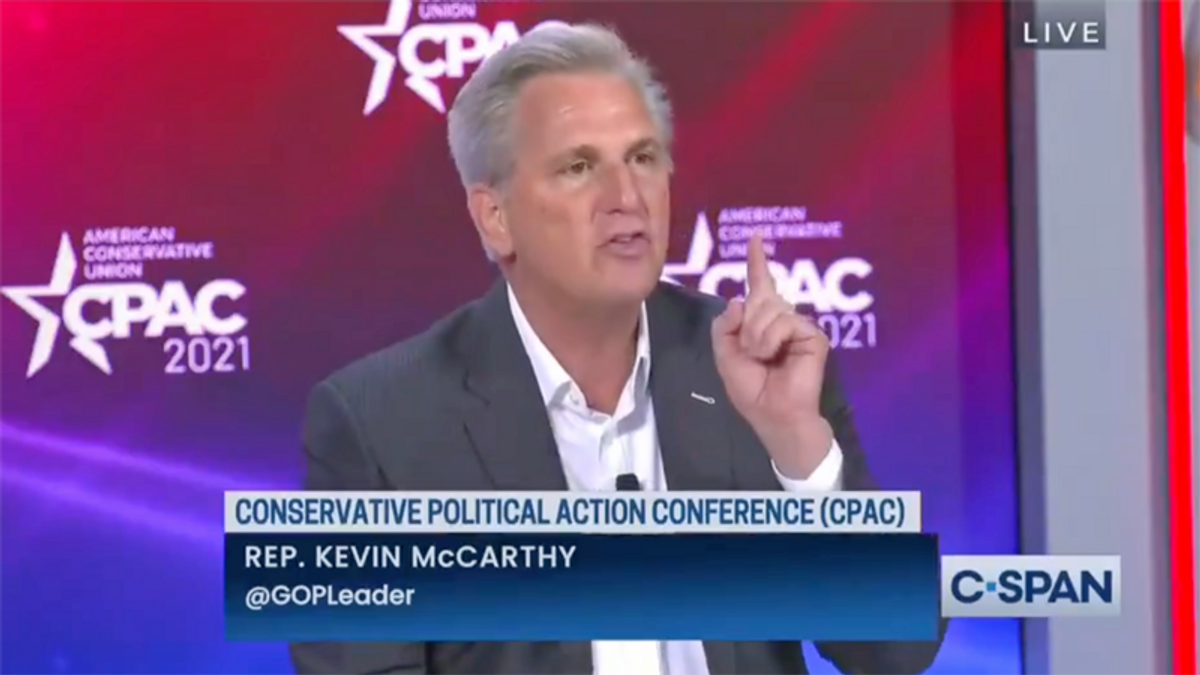 "If you watched House Minority Leader Kevin McCarthy's Saturday panel discussion at the Conservative Political Action Conference (CPAC) after spending four months in a coma, you'd not only think that there was no January 6 insurrection aimed at overthrowing former President Donald Trump's election loss, but that Trump actually won a second term," Axios correspondent Aaron Rupar reported Saturday. "The rest of CPAC has been similar in tone. In fact, despite President Joe Biden's decisive popular vote and Electoral College victory over Trump — and Trump's shameful efforts to overthrow the election during the transition period to a new administration — CPAC 2021 has served as a cultish celebration of the former president. None of the few remaining prominent anti-Trump Republicans were invited to speak."

McCarthy bending the knee may not be enough to satisfy the former reality TV star.

"Trump is now reportedly steamed that McCarthy stood by House Republican Conference Chair Rep. Liz Cheney (R-WY) even after Cheney voted for Trump's second impeachment," he explained. "McCarthy in particular, and CPAC speakers in general, have sided against Cheney in this dispute. On Friday, Rep. Matt Gaetz (R-FL) claimed during his speech that Cheney would be booed if she showed up at CPAC, and he's not wrong. But that Trump is even considering publicly castigating McCarthy just because he won't work to purge the handful of House Republicans who voted for Trump's impeachment reflects the extent to which the party has devolved into a personality cult — one that's endured even after the leader was defeated."

McCarthy didn't talk much about Trump during his CPAC panel discussion, aside from crediting him for Republicans ga… https://t.co/pOnXtt1ccG
— Aaron Rupar (@Aaron Rupar)1614458085.0