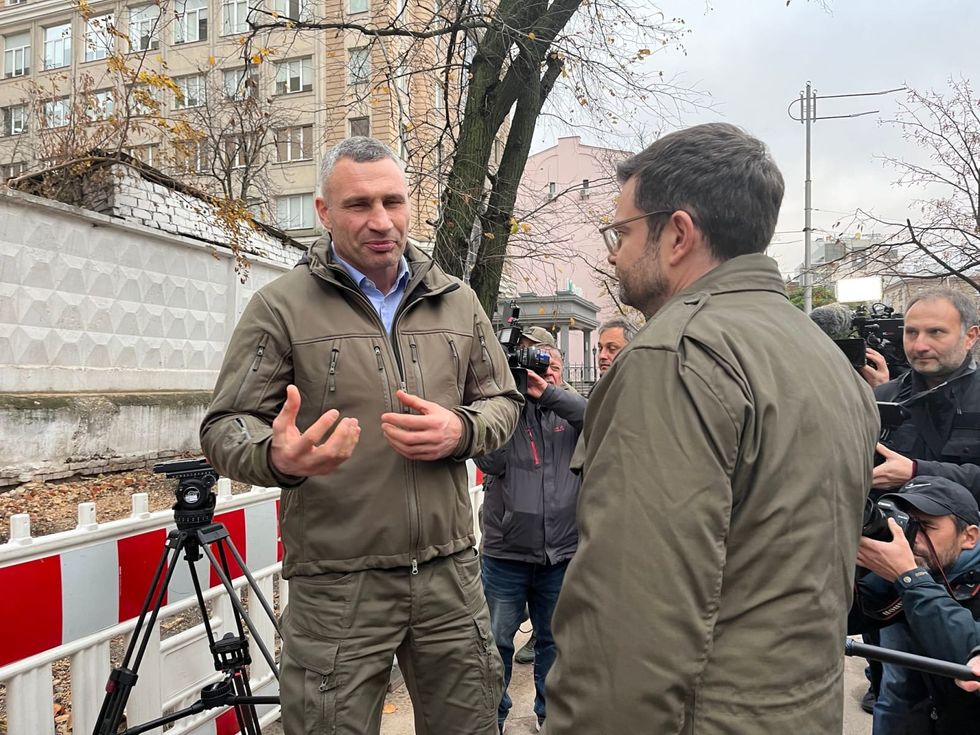 Kiev is facing possible blackouts and cuts to its water supply and heating network caused by Russian strikes on the power grid, Mayor Vitali Klitschko has told Ukrainian state television.

Residents of the capital should conserve supplies and consider moving out temporarily, Klitschko said on Saturday evening.

He described this as a worst-case scenario. "We are doing all we can to ensure that things do not come to this," he said.

"But we want to be open. Our enemies are doing all they can to leave this city without heating, without electricity and without water supply – in short so that we all die," the Kiev mayor said.

He put the number of residents in the city at around three million, including 350,000 internally displaced persons.

Kiev is attempting to stabilize its power grid by phased blackouts that leave parts of the city in darkness for a number of hours and is setting up 1,000 communal warm facilities in case the district heating network goes down.

Klitschko, famous as a former heavyweight world boxing champion, accused Russian President Vladimir Putin of aiming to destroy Ukraine as a nation. "Putin does not need us Ukrainians. He needs the region, he needs a Ukraine without us."

Russia launched an invasion of neighbouring Ukraine on February 24 and has since declared four regions in the south and east to be part of Russian territory.