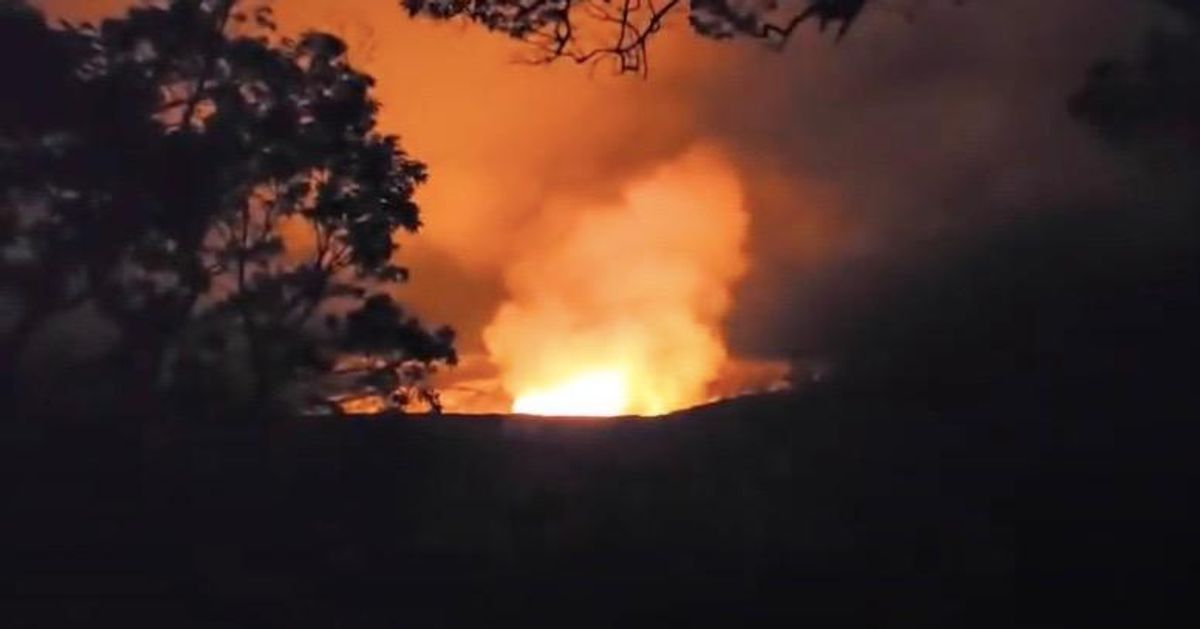 "The situation is rapidly evolving and HVO (Hawaiian Volcano Observatory) will issue another statement when more information is available."

The USGS warned of a "significant emission of volcanic ash into the atmosphere" and upgraded its aviation color code to red, advising pilots to avoid the area around Kilauea.

The National Weather Service reported prevailing winds could push the ashfall towards communities on the southwest of Big Island and said people with respiratory problems should take "extra precaution".

The USGS reported a shallow, 4.4-magnitude earthquake near the volcano shortly after the eruption.

Kilauea, a popular tourist attraction, is one of the world's most active volcanoes and has been erupting regularly since the 1950s.

In 2014 Big Island declared a state of emergency after red-hot lava from Kilauea ignited a house and threatened the entire town of Pahoa on the eastern tip of the island.

Hawaii Island, or the Big Island, is the largest of the eight main islands which make up the Pacific US state -- an archipelago that includes hundreds of smaller volcanic islands.