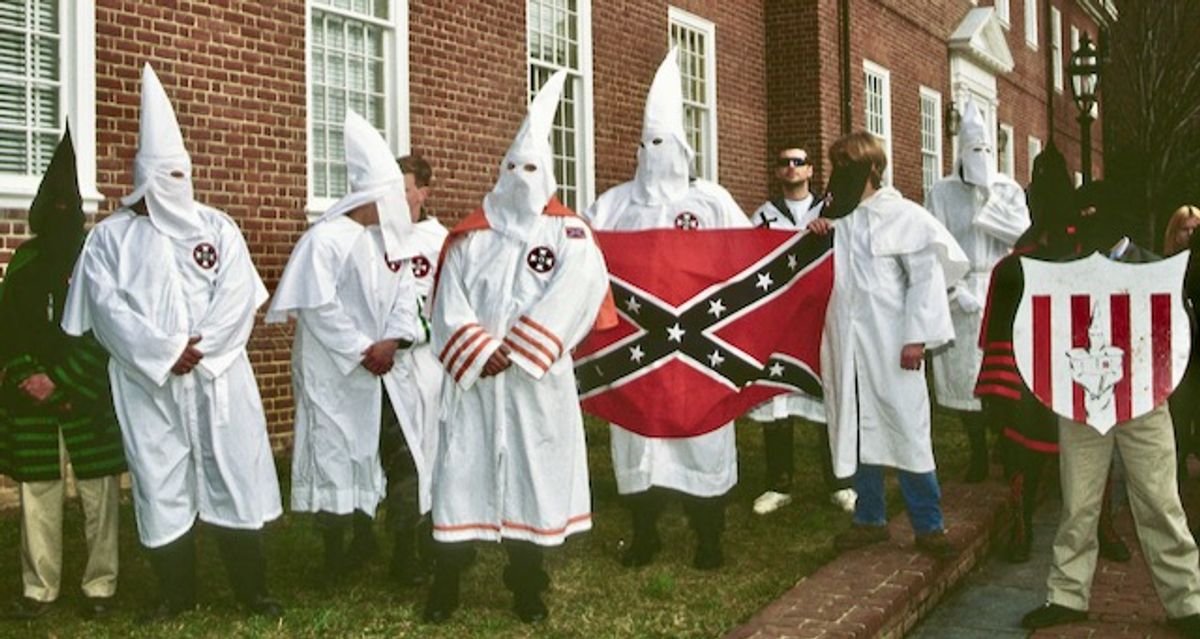 Donald Trump's legacy will be shaped by a new lawsuit alleging a conspiracy to overturn the results of the 2020 presidential election.

"The N.A.A.C.P. on Tuesday morning filed a federal lawsuit against former President Donald J. Trump and his personal lawyer Rudolph W. Giuliani, claiming that they violated a 19th century statute when they tried to prevent the certification of the election on Jan. 6," The New York Times reported Tuesday.

Rep. Bennie Thompson (D-MS) is listed as a plaintiff in the suit and other congressional Democrats are expected to add their names.

"The lawsuit contends that Mr. Trump and Mr. Giuliani violated the Ku Klux Klan Act, an 1871 statute that includes protections against violent conspiracies that interfered with Congress's constitutional duties; the suit also names the Proud Boys, the far-right nationalist group, and the Oath Keepers militia group. The legal action accuses Mr. Trump, Mr. Giuliani and the two groups of conspiring to incite a violent riot at the Capitol, with the goal of preventing Congress from certifying the election," the newspaper explained. "The suit is the latest legal problem for Mr. Trump: New York prosecutors are investigating his financial dealings; New York's attorney general is pursuing a civil investigation into whether Mr. Trump's company misstated assets to get bank loans and tax benefits; and a Georgia district attorney is examining his election interference effort there."

Wallace noted the lawsuit has been described as "perhaps the next best thing to a criminal prosecution or a conviction in the Senate."

"What do you think?" she asked.

"Yeah, they're really significant," Katyal replied. "I mean, Donald Trump is now not going to be remembered just for being the only president to be impeached twice. He's also the only president to be sued twice under the 'Ku Klux Klan Act,' which is what these suits are about. And he's being sued both times by the NAACP, so I guess at least these lawsuits have forced Donald Trump to learn what the NAACP is."

"These suits are powerful. The statute goes back to 1871, Nicolle, and it prohibits conspiring to prevent federal officials from doing their job, which is what really happened on Jan. 6," he explained. "Maybe the most important point, Nicolle, is I think there's certainly enough to get to discovery and for the lawyers who brought this suit to start to interrogate those around Trump and Trump's records as to what he said when he said it, and the like."

"So they are a clear and present threat to what Donald Trump's legacy is about, indeed, perhaps, you know, his pocketbook as well," he explained.