Kremlin claims to have presented Ukraine with 'clear' offer for talks 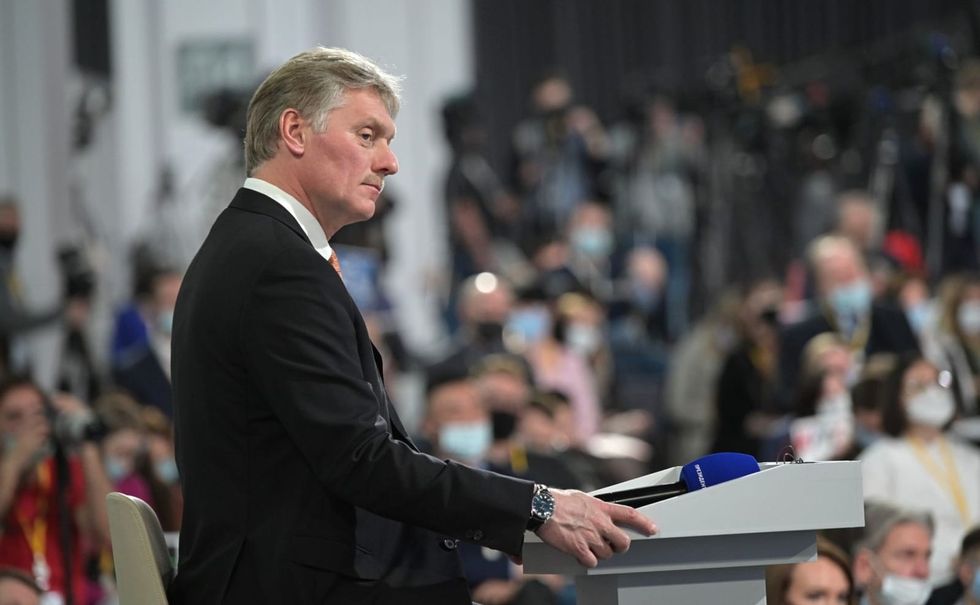 The Kremlin on Wednesday claimed it had presented to Ukraine a written offer for a negotiated settlement to the war Russia started nearly eight weeks ago.

"Our draft document has been handed over to the Ukrainian side, which contains clear and elaborate formulations," Kremlin spokesperson Dmitry Peskov said, according to the Interfax news agency. He did not provide details on the contents.

Talks between Moscow and Kiev began on February 28, four days after the invasion of Ukraine. Russia's demands include the secession of the Donetsk and Luhansk regions, as well as the recognition of the Crimean peninsula as Russian. Kiev categorically refuses to relinquish territory.

Incremental progress in the talks was derailed earlier this month when hundreds of bodies of civilians were found strewn on the streets of a Kiev suburb after Russian troops withdrew.

Peskov reiterated the Russian side's dissatisfaction with the pace of negotiations so far, saying that it left "much to be desired."

Earlier, Foreign Ministry spokesperson Maria Zakharova had said that Russia no longer had confidence in the Ukrainian negotiators. They were constantly changing their position and not sticking to negotiated agreements, she claimed.

On the ground in Ukraine, the warring sides both claimed to have made gains on Wednesday.

"As a result of the impact of high-precision missiles in the Novovorontsovka and Kyselivka areas, up to 40 soldiers of the Ukrainian troops as well as seven armoured vehicles were destroyed," he said, referring to areas in Ukraine's south.

The Ukrainian General Staff of the Armed Forces said Russia had staged unsuccessful attempts to storm the towns of Rubizhne and Sievierodonetsk in the eastern Ukrainian region of Luhansk.

"After the storming attempts by the Russian occupiers in Rubizhne and Sievierodonetsk, 130 injured soldiers of the enemy were admitted to the local hospital in Novoaidar," the general staff said in its situation report.

In addition, the Ukrainian military leadership reported Russian attack efforts near the small town of Izyum in the Kharkiv region and heavy fighting around Marinka, Popasna, Torske, Zelena Dolyna and Kreminna.

None of the information provided by Russian and Ukrainian officials could be independently verified.

The military stand-off also continued in the southern port city of Mariupol with the Ukrainian commander of the remaining marines in the city asking for an evacuation to a third country.

"The enemy outnumbers us 10 to 1," Serhiy Volyna, commander of Ukraine's 36th Marine Brigade, said in a one-minute video message posted to Facebook early Wednesday morning. "We appeal to all world leaders to help us."

The Ukrainian side is defending only one site, the Azovstal Steel Works, where civilians are sheltering in addition to the military.

Volyna asked for an "extraction procedure" and urged that everyone - soldiers from the Mariupol garrison, more than 500 wounded combatants and hundreds of civilians - be taken to safety on the territory of a third country.

The south-eastern Ukrainian port of Mariupol was completely surrounded by Russian troops on March 1, shortly after the start of the Russian attack on Ukraine.

The city and the port are largely considered to have been destroyed.

Also on Wednesday, European Council President Charles Michel was Kiev in a surprise show of support.

"History will not forget the war crimes that have been committed here," Michel said on Twitter.

"There can be no peace without justice," he said, publishing more pictures of his solidarity visit to Borodyanka, a Kiev suburb, where civilians were killed.