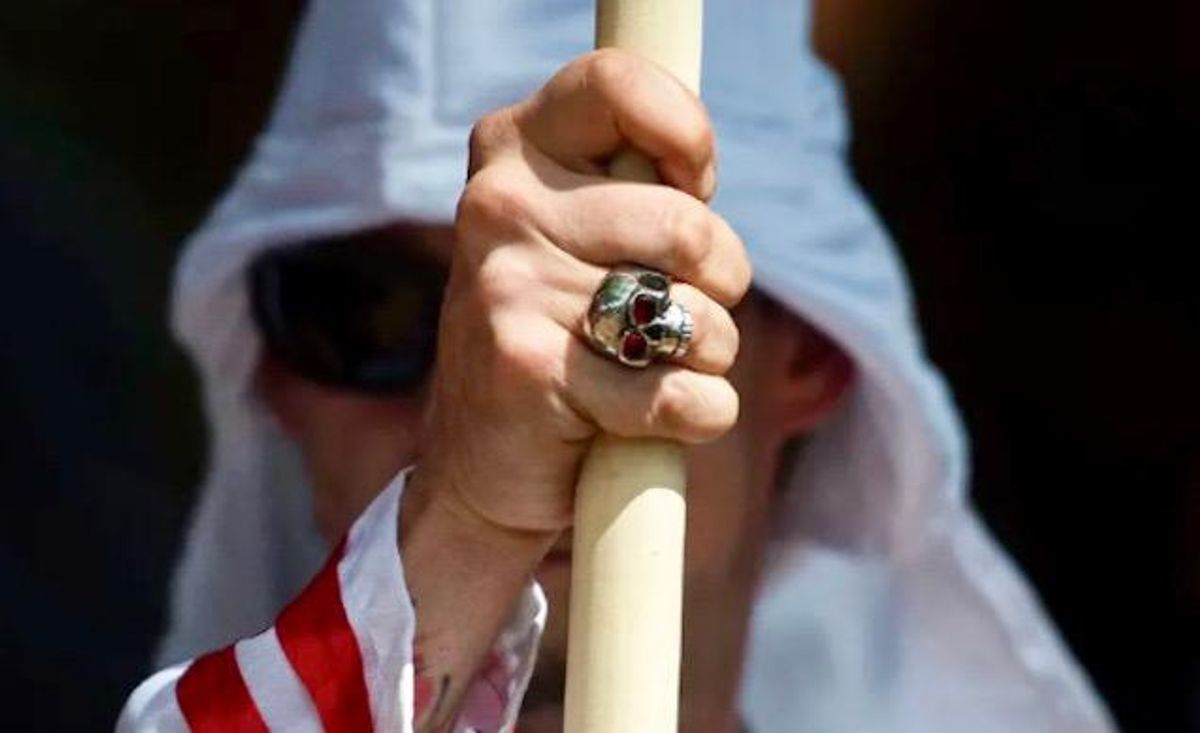 A Ku Klux Klan member during a 2017 rally in Charlottesville, Virginia(AFP)

A Michigan man who displayed a white supremacist Ku Klux Klan flag facing his Black neighbor's home committed a "despicable" act but not a crime, the county prosecutor said.

"Unfortunately" no charges could be filed against the 31-year-old white man, who was not publicly identified by the authorities, Wayne County prosecutor Kym Worthy said Tuesday.

"The flag was clearly visible to Ms. Dinges and her family from their dining room," Worthy said in a statement.

"The KKK flag, while intending to be visible to Ms. Dinges, was hanging inside of her neighbor's house."

The prosecutor said that to file charges under the state's "Ethnic Intimidation Statute," there must be "physical contact, damage, destruction, defacement of property, or threats to do so."

The prosecutor condemned the neighbor's actions, however, and called on the Michigan legislature to "create laws to protect citizens from this kind of horrible conduct."

"There is absolutely no question that what happened to Ms. Dinges was despicable, traumatizing, and completely unacceptable," Worthy said. "But, very unfortunately in my view, not a crime."

According to US media reports, the neighbor eventually removed the flag after police bought him curtains.