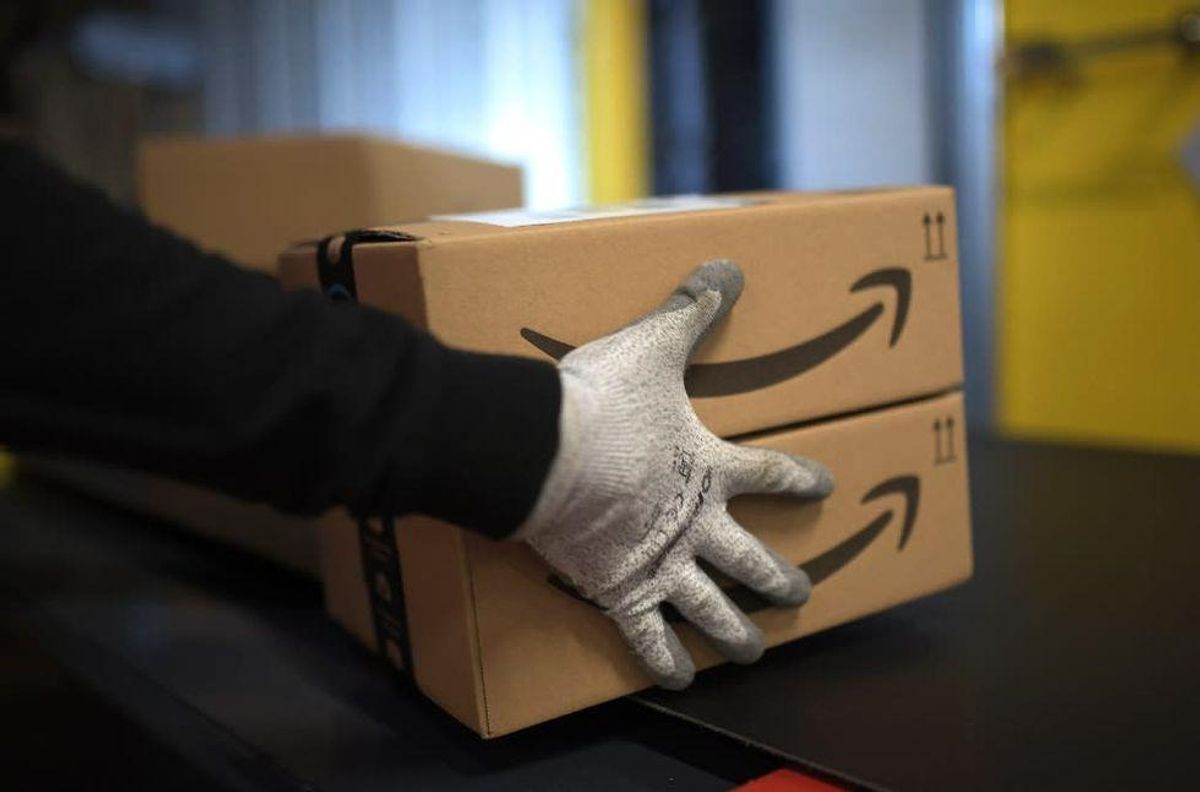 Labor advocates on Thursday responded with disdain and derision to news that Amazon and the National Safety Council are partnering to find "innovative solutions" to prevent the workplace injuries that disproportionately plague the retail giant's warehouse employees.

"The root cause of this issue is Amazon's business model of expecting workers to perform like robots at an unbearable and often unattainable pace of work." —Stuart Appelbaum, RWDSU

Thursday's announcement follows a report published earlier this month by the Strategic Organizing Center (SOC) that accused Amazon of having an "abysmal health and safety record" as a result of its obsession with production speed. The report revealed there were 5.9 serious injuries per 100 Amazon workers last year—a rate that's about 80% higher than those of other warehousing industry employers.

In addition to rampant injuries, numerous worker deaths at Amazon warehouses in recent years have repeatedly landed the company in the National Council for Occupational Safety and Health's annual "Dirty Dozen" reports of the worst corporate workplace safety violators. The company has also come under fire and faces a New York state lawsuit for failing to adequately protect warehouse workers during the Covid-19 pandemic.

"We know we have work to do," Amazon vice president of worldwide workplace health and safety Heather MacDougall said during a Wednesday news conference in Seattle.

"This isn't a pledge—it's a PR stunt," she tweeted.

Stuart Appelbaum, president of the Retail, Wholesale, and Department Store Union (RWDSU), said in a statement that, "After spending years pushing warehouse workers to work beyond their physical limits, Amazon's announcement today appears to be just another public relations stunt. Instead, Amazon can and must be doing more to protect its workers."

"This partnership will be meaningless unless Amazon acknowledges and is transparent about workers' injuries and illness due to ergonomic issues at their facilities—something they have consistently failed to do," he added. "The root cause of this issue is Amazon's business model of expecting workers to perform like robots at an unbearable and often unattainable pace of work."

In a statement, SOC alleged that "Amazon executives have known about the company's serious injury problem for years, and have done nothing to fix it, allowing tens of thousands of additional workers to be injured. Now, after getting some bad press last week, the company wants us to believe that it has seen the light and will change its ways."

"No one should trust a corporation with such a terrible track record to reform itself," SOC added.

The Switzerland-based UNI Global Union tweeted that "all the wellness pods in the world won't change the fact that Amazon puts profits over health," a reference to the AmaZen "mindful practice rooms" the company is introducing in warehouses so that stressed-out workers to "recharge and re-energize."

UNI Global Union highlighted an article published in the Seattle Times Thursday that reported Amazon will not relax productivity targets for warehouse workers despite state regulators recently finding a "direct connection" between the rate of on-the-job injuries and the company's requirement that employees "maintain a very high pace of work."