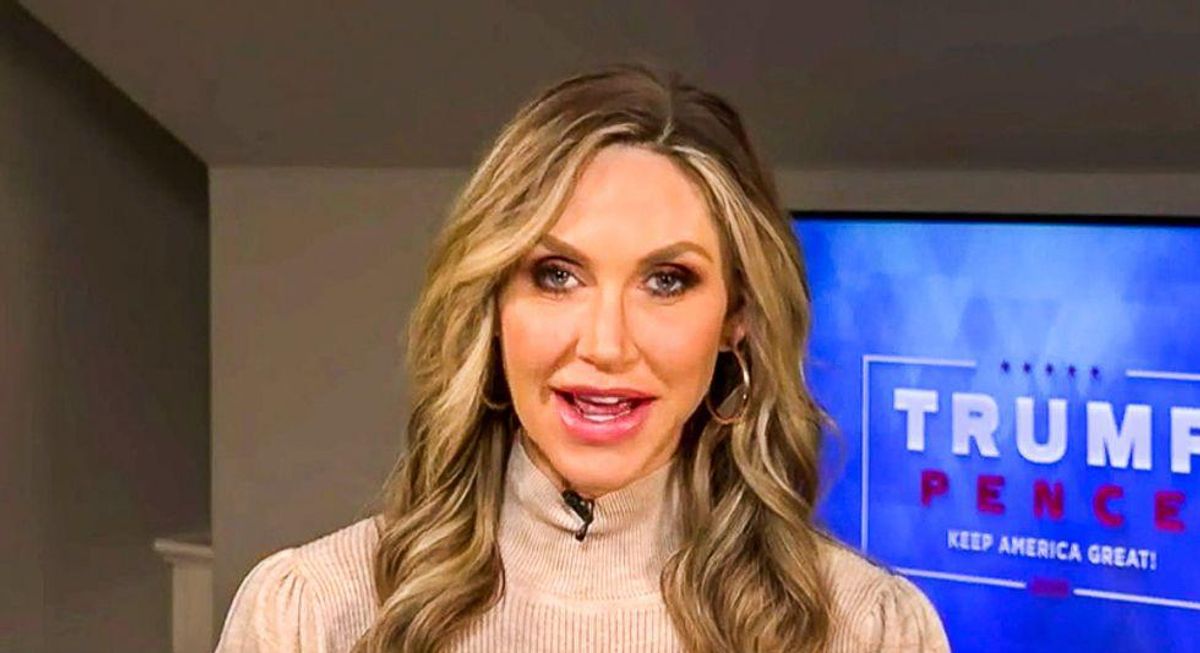 Lara Trump delivered bad news to her father-in-law from his favorite television program.

Former president Donald Trump has reportedly been telling allies that he'll be "reinstated" as chief executive in August, but his son Eric's wife told "Fox & Friends" that isn't likely to happen, reported Politico.

"As far as I know, there are no plans for Donald Trump to be in the White House in August," said Lara Trump, a paid contributor to Fox News.

"Maybe there's something I don't know," she added. "But no, I think that that is a lot of folks getting a little worked up about something just because maybe there wasn't enough pushback, you know, from the Republican side, so no, I have not heard any plans for Donald Trump to be installed in the White House in August."

The twice-impeached one-term president continues to baselessly claim the election was stolen from him and is reportedly obsessed with a partisan audit of Arizona's election results, and an adviser said anyone who tells Trump he lost is "pissing in the wind."

MyPillow CEO Mike Lindell claims credit for telling Trump he'll be reinstated as president, although he doesn't even seem to believe that's possible.

"The month of August, for this, is subjective," Lindell told The Daily Beast. "It is my hope that Donald Trump is reinstated, after all the proof comes out, by the end of August, but I don't know if it'll be that month, specifically. I started saying August…about four weeks ago. That was my estimation. I spoke about it with my lawyers who said that they should have something ready for us to bring before the U.S. Supreme Court by July. So, in my mind, I hope that means that we could have Donald Trump back in the White House by August. That's how I landed on August, and I'm hopeful that that is correct."

This Q&A about Trump's demented claim that he'll be president again in August almost frames the question as a smear… https://t.co/kgvt8ITg8S
— Bobby Lewis (@Bobby Lewis) 1622722569.0