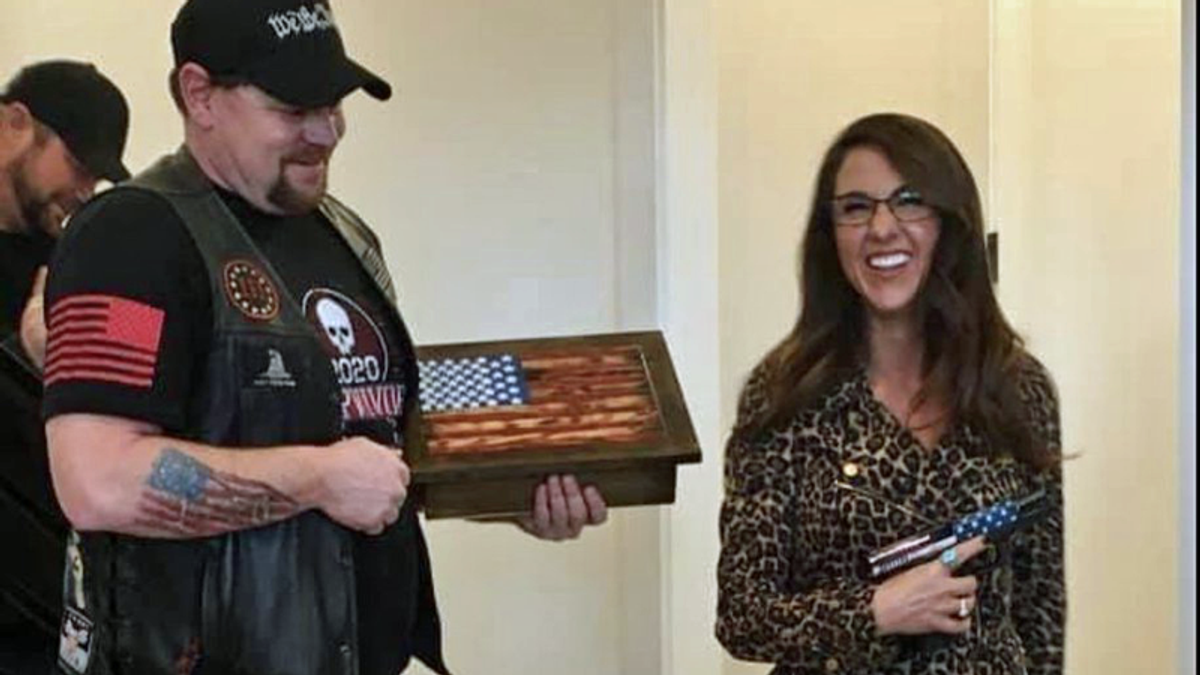 Less than two hours later, Boebert addressed the matter on Twitter, saying she planned to purchase the .40 S&W Glock from Colorado Boots on the Ground Bikers for Trump. She did not address the allegations of white supremacy, but praised the militia group as "patriots."

Kyle Clark of 9 News Denver was shocked about her "lack of awareness" and noticed what appears to be a "Three Percenters" militia patch:

And yes, that looks like a Three Percenters militia patch on her supporter’s jacket. As we’ve reported, Boebert has… https://t.co/WRDzmVTAbF
— Kyle Clark (@Kyle Clark)1611600501.0

Guy in this photo is wearing a patch from the Three Percenters, a far-right militia movement/ideology that has gain… https://t.co/Jt3qZ53xnQ
— Elise Schmelzer (@Elise Schmelzer)1611598328.0