Lavrov's comparison of Zelensky to Hitler blasted by Israel, Ukraine 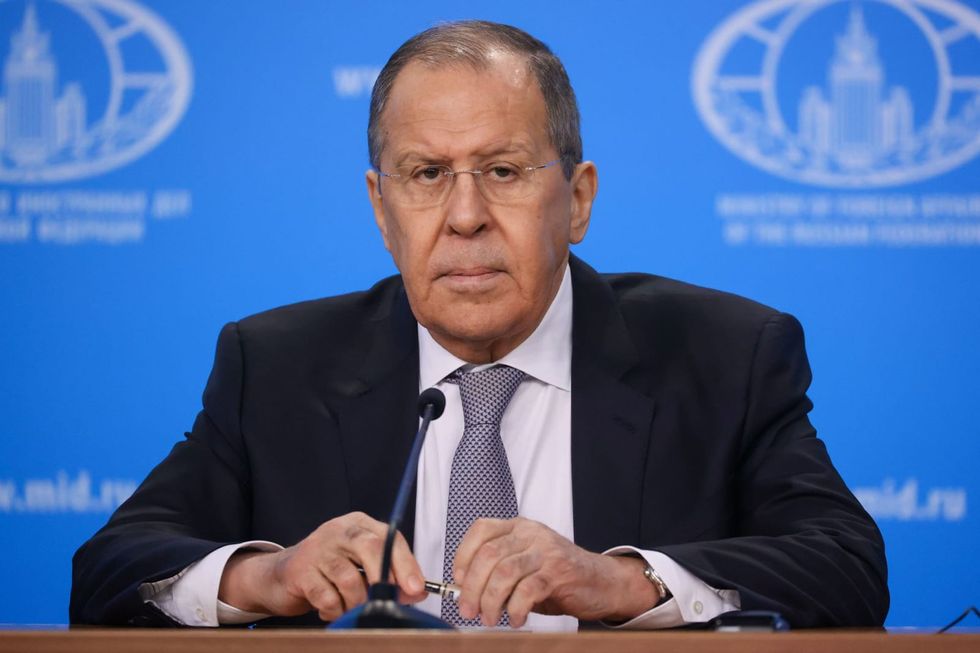 Ukrainian Foreign Minister Dmytro Kuleba said his counterpart in Moscow "could not help hiding the deeply-rooted anti-Semitism of the Russian elites."

"His heinous remarks are offensive to [Zelensky], Ukraine, Israel, and the Jewish people. More broadly, they demonstrate that today’s Russia is full of hatred towards other nations," he wrote on Twitter.

Lavrov had defended Russian President Vladimir Putin's goal of the "de-Nazification" of Ukraine with war and said Zelensky's Jewish ancestry did not undermine Putin's position.

Lavrov said that Zelensky may indeed be a Jew, but "Adolf Hitler also had Jewish blood."

"That does not mean anything at all. The wise Jewish people say that the most keen anti-Semites are usually Jews," he told Italian TV channel Rete4 on Sunday evening, prompting outrage in Israel.

"The goal of such lies is to accuse the Jews themselves of the most awful crimes in history, which were perpetrated against them," he said in a statement.

In a similar vein, Israeli Foreign Minister Yair Lapid said the remarks were "an unforgivable and outrageous statement as well as a terrible historical error."

Lapid continued: "My grandfather was not killed by Jews, but by Nazis." He told Lavrov to "open a history book."

Six million Jews were murdered by Nazi Germans and their collaborators during the Holocaust.

Ukraine, then part of the Soviet Union, was also occupied by Nazi Germany during World War II. Researchers estimate that at least 1.5 million Jews were murdered on what is today the territory of Ukraine, according to US Holocaust Memorial Museum.

The Israeli Ministry of Foreign Affairs summoned the Russian ambassador to Israel for clarifications on Lavrov's comments.

"Lavrov is propagating the inversion of the Holocaust - turning the victims into the criminals on the basis of promoting a completely unfounded claim that Hitler was of Jewish descent," he said in a statement.

"Equally serious is calling the Ukrainians in general, and President Zelensky in particular, Nazis. This, among other things, is a complete distortion of the history and an affront to the victims of Nazism."

"I think the Russian propaganda that is being made in this case by Foreign Minister Lavrov does not need to be commented on any further," he said in Berlin.