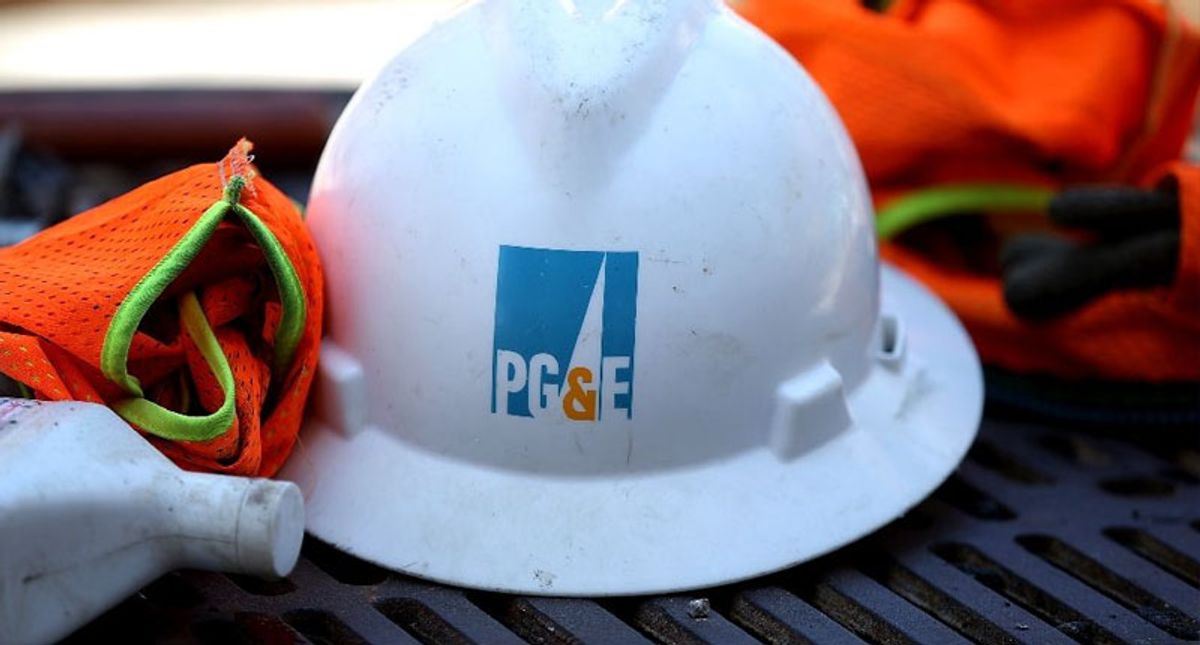 Utility giant Pacific Gas & Electric accused two of its former employees of accepting bribes to funnel business to a waste-hauling company after the Camp Fire, the deadliest wildfire in California history.

One supervisor for PG&E allegedly had his driveway paved on the power company's dime. A subordinate is accused of having received a bribe in an unorthodox property transfer of a multimillion-dollar house in a wealthy suburb of San Francisco.

A new court filing by PG&E alleges that in exchange for these kickbacks, the employees provided lucrative clean-up jobs to Hayward-based Bay Area Concrete Recycling.

The allegations track closely with the results of an investigation last year by ProPublica and the Bay City News Foundation, which found that PG&E had overlooked numerous warning signs when it hired Bay Area Concrete. The company is owned and managed by the husband-wife team Yadwinder "Kevin" Singh and Preet Johal, according to local and state documents. The firm was tied to illegal dumping on federally protected wetlands and had engaged in a long conflict with regulators in the city of Hayward, where Bay Area Concrete operates a dump. Later, the news agencies revealed a suspicious real estate transaction that connected Singh and one of the PG&E employees. Singh did not respond to requests for comment.

PG&E's filing is in response to a breach of contract lawsuit filed against the utility in October by Bay Area Concrete. Dawn Sweatt, an attorney for Bay Area Concrete, said her clients "vehemently deny" the allegations by PG&E. "The allegations are patently false and not supported by the evidence," she said. "The litigation process will make this clear in time."

The accused PG&E employees, Ronald Huggins Jr. and Ryan Kooistra, did not respond to requests for comment. Huggins retired, and Kooistra sold his home and moved out of state after being confronted by PG&E investigators, the counterclaim by PG&E said.

"We will pursue every available action to remedy the situation and do right by those that we have the privilege to serve," Noonan said. "As we have stated previously, PG&E will continue to hold ourselves and those that do work on our behalf to the highest ethical standards."

The new court filings show that PG&E had a longer business relationship with Bay Area Concrete than previously known. PG&E first started disposing of waste in the company's Hayward yard in 2016, and the business expanded to include the cleanup of PG&E yards throughout Northern California.

That business grew substantially in November 2018, when a PG&E transmission line sparked a wildfire in Butte County that destroyed more than 18,000 structures and killed 85 people. PG&E hired Bay Area Concrete to dispose of waste from hydrovac trucks — special vacuum trucks that use pressurized water for precise excavation. Bay Area Concrete opened a dump in Paradise to take the waste from the cleanup.

PG&E alleges that Kooistra and Huggins steered PG&E contracts to Bay Area Concrete and other companies controlled by Singh and Johal. As a result, the value of Bay Area Concrete's contracts with PG&E increased "exponentially" over a period of four years, the lawsuit said. Meanwhile, competing companies lost work with PG&E.

PG&E did not say how much the utility believes it was overcharged by Bay Area Concrete as it continues to investigate. Public records show that the company's income increased substantially, from $16.5 million to $43.5 million, after receiving a contract to dispose of waste in connection with the Paradise fire.

Here's how the scheme worked, according to PG&E's allegations in court filings. Bay Area Concrete overcharged for travel time while hauling and billed PG&E for work that was never done or was unnecessary. The complaint alleges that Huggins and Kooistra approved the overbilled work in exchange for kickbacks. The pair were careful to keep Bay Area Concrete's purchase orders low enough that Huggins would not have to seek approval from his supervisors.

To pay the bribes, Singh used a series of real estate transactions involving a 5,600-square-foot home in Saratoga to transfer money to Kooistra, PG&E alleges. The Bay City News Foundation and ProPublica first reported the exchange, which one expert described as possible money laundering.

PG&E's court filing alleges that Regal Rose LLC, a shell company established by Singh, was also in possession of a property in Arizona when it was transferred to Kooistra.

Another shell company, CCI Management, was owned by Kooistra and acted as a subcontractor for Bay Area Concrete in Paradise. According to PG&E's complaint, CCI did hauling work for Bay Area Concrete, which would submit invoices directly to PG&E. PG&E paid CCI $150,000 over five weeks without knowing that the company was owned by Kooistra, a violation of PG&E employment and supplier policies. PG&E alleges that Huggins was aware of Kooista's actions and did not disclose them.

In late 2019, PG&E learned of the alleged fraud and launched an investigation. Kooistra was interviewed in January 2020 by PG&E investigators, who confronted him with evidence of his interest in companies connected to Bay Area Concrete. According to the countercomplaint, Kooistra denied any wrongdoing or having an interest in the companies, despite the interest being disclosed in public records. PG&E asked Kooistra to turn over his company-issued phone, which he did, but he refused to provide his passcode so investigators could access text messages and other data. Two days later, Kooistra quit his job, according to the complaint. He sold his home in Rocklin and moved to Arizona.

PG&E alleges that Huggins approved false invoices and concealed fraudulent charges throughout PG&E's contract with Bay Area Concrete. In exchange, the lawsuit alleges, a company linked to Johal and Singh repaved Huggins' driveway while they were supposed to be working on a PG&E job. When confronted by PG&E investigators, Huggins told the investigators he had paid the $16,750 bill in cash, which he happened to have on hand in his house. Four days later, he retired.

In February 2020, PG&E canceled Bay Area Concrete's contracts and publicly announced its belief that the waste company had committed fraud.

Butte County District Attorney Michael Ramsey said last year that PG&E alerted his office to the allegations against Bay Area Concrete. Ramsey said in an email that he received no further information from PG&E but had determined that his office did not have jurisdiction in the case.