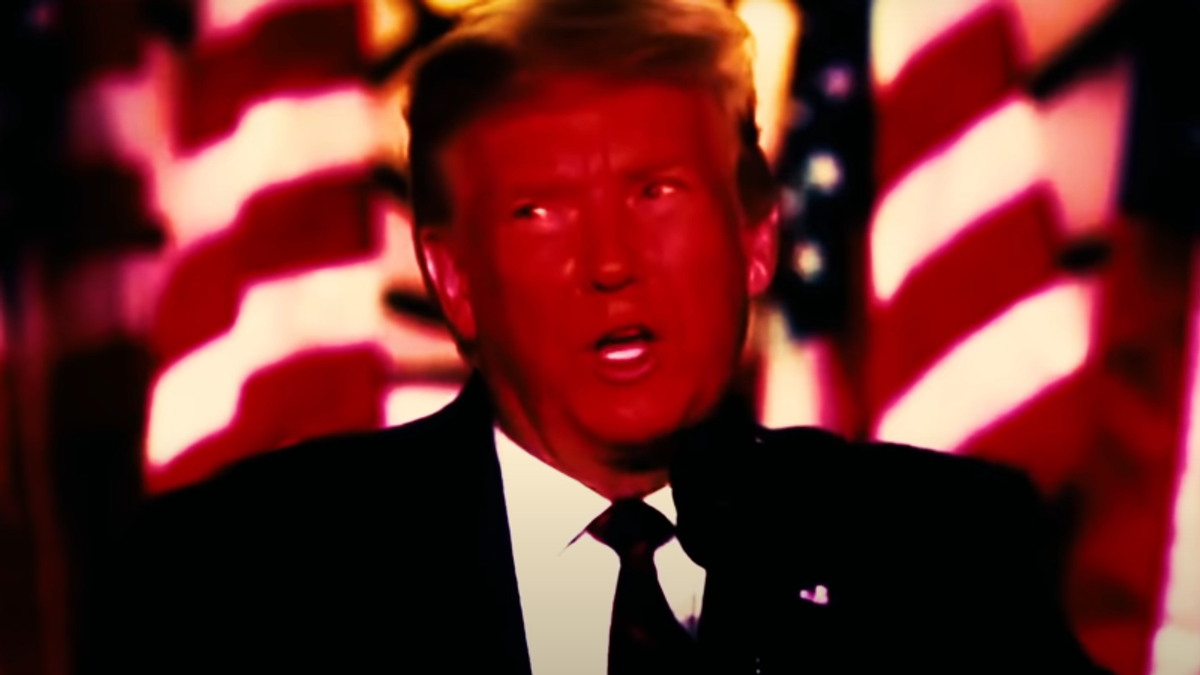 On Monday, the Never Trump conservative Lincoln Project released a new ad accusing the Republican Party of disloyalty to the American experiment.

The ad supercut together a number of voices reciting the Pledge of Allegiance, as a number of images flashed by, with patriotic shots of the flag and the Statue of Liberty giving way to footage of the January 6 invasion of the U.S. Capitol and Tiki Torch-bearing neo-Nazis marching in Charlottesville, Virginia. The pledge recitation gave way to the final words, "with liberty and justice for Trump."

"To whom do you pledge allegiance?" the ad concluded.

Watch the whole ad below: