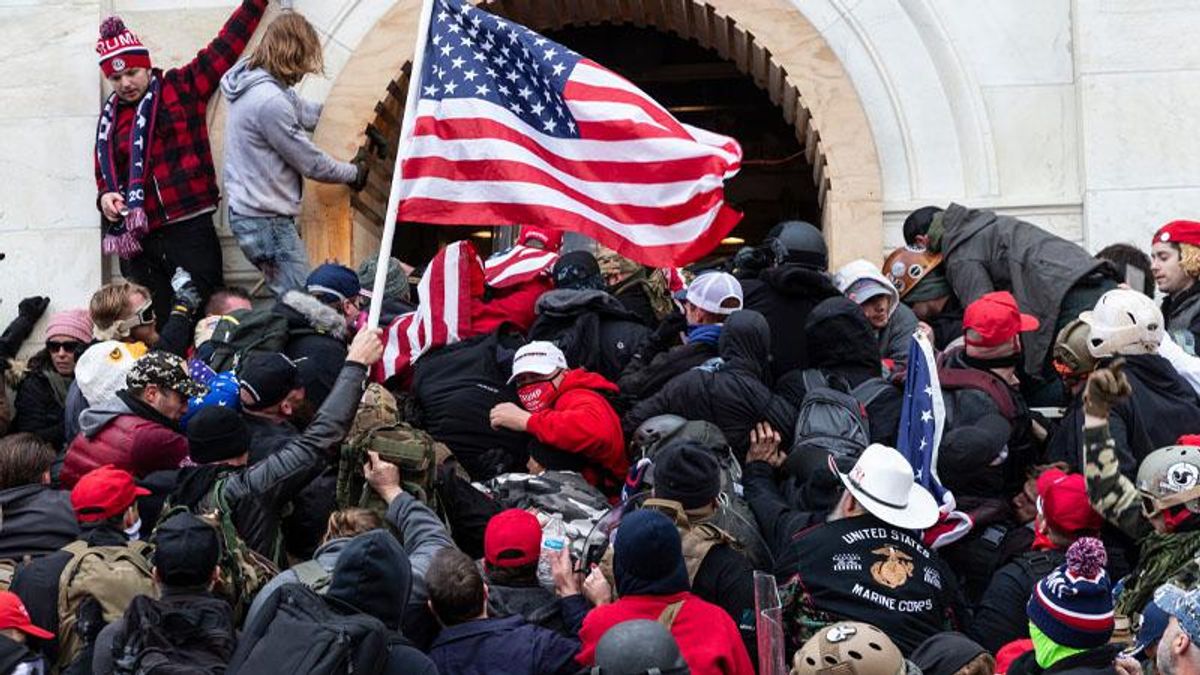 The U.S. Department of Justice has managed to compile one of its most complex investigations into the U.S. Capitol insurrection based on findings relative to a case that has received far less publicity compared to the high-profile cases surrounding arrests made.

According to CNN, the federal agency's investigative illustration offers a startling depiction of the Capitol riots that is completely different from the rhetoric that former President Donald Trump and his right-wing conservative followers have attempted to perpetuate. Although Trump has attempted to downplay what has been described as "anti-police violence" at the Capitol, the Justice Department investigation suggests otherwise.

During a recent court hearing, federal Judge Emmet Sullivan shared his reaction to the footage that captured three officers being trampled on by a mob of angry Trump supporters who stormed the U.S. Capitol on Jan. 6. The video also shows the officers being "stripped of their protective gear by other members of the mob, dragged and attacked with crutches, flagpoles, batons and bare hands."

"Every time I look at these videos, it just chokes me up," Sullivan said.

The case at hand involves prosecutors' roll-out of more evidence in the cases against five defendants: Jeffrey Sabol, of Colorado; Peter Stager of Arkansas; Michael Lopatic of Pennsylvania; Clayton Mullin of Kentucky; and Jack Whitton of Atlanta, Ga. The publication reports that multiple hearings have been conducted over the last several weeks as more evidence comes to light. The latest investigative findings include "at least four video clips, with most taken from the police officers' body camera footage, to convince judges, including Sullivan, of the severity of the danger," the publication reports.

One of the clips features the trampling of Rosanne Boyland, a 34-year-old Trump supporter and QAnon conspiracy theorist who was stampeded by the crowd and later died. One of the other highlighted clips surrounds the chaos that ensued with an officer only identified as "B.M."

In the middle of the crowd's push toward an archway to enter the Capitol, more than three hours into the riot, Whitton allegedly jumped over a railing and used a crutch to beat an officer, identified as B.M., before grabbing him by the helmet and dragging him down the stairs, with the help of another rioter, Sabol.

Court records show that Officer B.W. laid "on his stomach, surrounded, as Stager and other rioters beat him with an upside-down American flag on a flagpole and other objects." He also recounted "being struck in the helmet multiple times with objects, and he believes the rioters had attempted to take him as deep into the crowd as possible."

"He himself was the instigator," one prosecutor noted during a court hearing surrounding the charges against Whitton last month, adding, "And he himself, when he climbed over that railing with the metal crutch in his hand, is very much the reason why all these assaults were able to happen and happened in such quick succession."

The third and fourth videos center on officers A.W. and C.M. A.W. reportedly recalled being dragged by the mob as they "took his helmet, cell phone, and gas mask and began beating him." When Officer C.M. attempted to intervene and help his fellow officer, the crowd also turned on him. As a result of the vicious attack, officer A.W. was hospitalized with staples in his head and C.M. suffered a concussion.

As of Friday, April 23, the Justice Department has brought charges against more than 100 defendants.