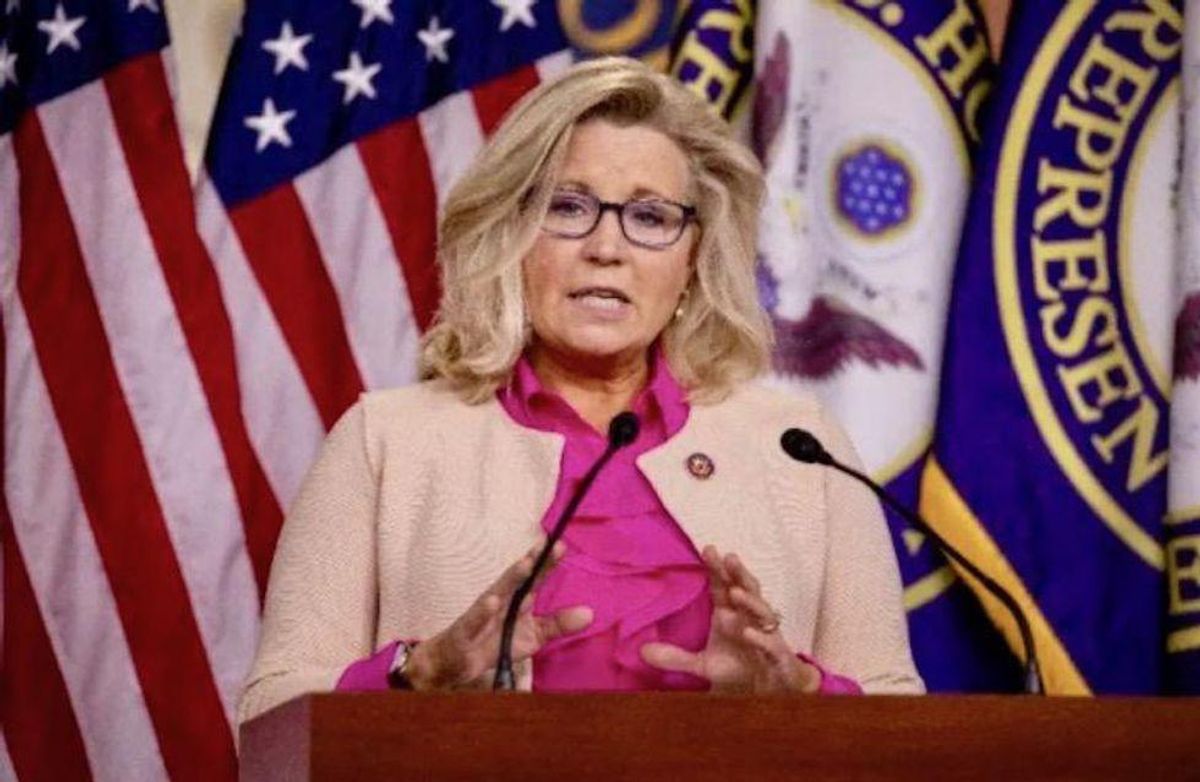 The Republican parties in at least two Wyoming counties have approved symbolic resolutions saying they will no longer recognize Congresswoman Liz Cheney as a member of the GOP, according to a report from the Casper Star-Tribune.

"In short, and in the immortal words of the 45th President of the United States of America, Donald J. Trump, 'You're Fired!'" the Republican parties in Park and Carbon counties wrote in letters to Cheney after they were approved unanimously.

"Representative Elizabeth Lynne Cheney, will officially no longer be personally recognized by the Carbon County Republican Party as a 'REPUBLICAN' Representative," read one of the letters, which carry no legal weight since state law bars changing Cheney's party affiliation.

Joey Correnti, chairman of the Carbon County Republican Party, claimed the resolution "has very little to do with Trump, except for he was her focus when she started to ignore the voices of the Wyoming Republicans or the Wyoming voters in mass."

The Wyoming Republican Party previously voted — one month to the day after the Jan. 6 insurrection — to censure Cheney for voting to impeach Trump for inciting the mob that stormed the Capitol.

"In the resolution that censured Cheney, the state party without evidence blamed members of the anti-fascist movement (Antifa) and the Black Lives Matter movement for instigating the violence," the Star-Tribune reports.

House Republicans subsequently stripped Cheney of her leadership post for continuing to challenge Trump's false claim that the presidential election was stolen. She now serves as one of two Republicans, appointed by House Speaker Nancy Pelosi, on the select committee investigating the insurrection.

Four other Wyoming county Republican parties have reportedly requested the text of the latest anti-Cheney resolutions so they can pass their own.

"And now other counties, I say by the end of the week you'll have at least three or four other counties that are having meetings that will pass a similar resolution," he said, adding that he hopes the Central Committee of the Wyoming Republican Party will eventually adopt a similar — but still merely symbolic — resolution.

Cheney spokesman Jeremy Adler responded in a statement: "Liz will continue to fight for all the people of Wyoming. She knows that she and all elected officials are bound by their duty under the US Constitution, not by blind loyalty to one man."