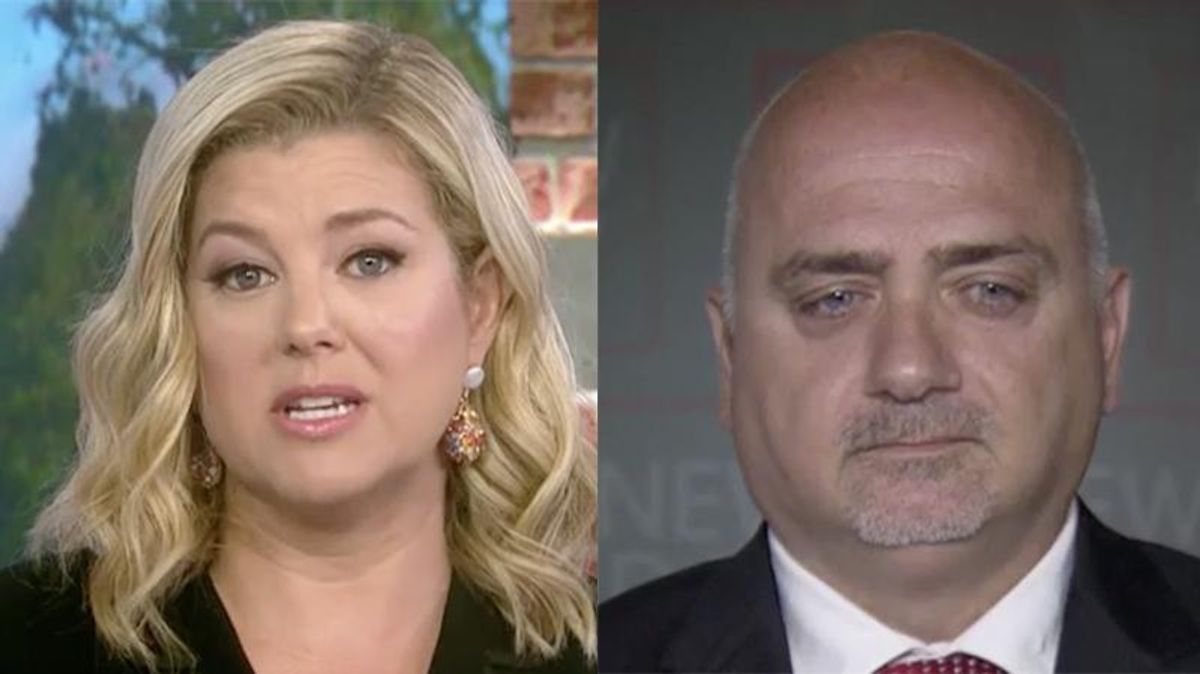 CNN "New Day" host Brianna Keilar was forced to call out a Los Angeles official multiple times during a combative Friday morning interview after he kept repeating misleading COVID-19 misinformation -- while admitting that he is not a doctor nor does he have a background in science.

Torrance City Council Member Aurelio Mattucci appeared on CNN to lodge his unhappiness with a new mask mandate in LA County in an effort to slow the spread of a COVID-19 variant that is sending unvaccinated Americans to the hospital in frightening numbers.

Speaking with the CNN host, Mattucci maintained that masks -- which have been recommended by the Centers for Disease Control (CDC) -- are not particularly effective, which caused Keilar to pull him up short.

"Well, I think the bottom line is that this mask mandate is overstepping the boundaries of what government's role is in our lives," the lawmaker stated. " I understand a year and a half ago we had, you know, we had a very good reason to just follow, follow the science and see what would happen. We're a year and a half into it and I think the people, especially here in Torrance, in the South Bay area of Los Angeles, we're a completely different animal than the rest of the county. We are looking to be independent."

"So a group of us -- group of 11 elected officials, we joined in on a letter to the Board of Supervisors here in Los Angeles County demanding the reversal of what we find to be an order that is just unjust," he added.

"What did you think about the mask mandate during the height of the biggest surge in Los Angeles? Did it make sense to you then? Was that something you were in favor of?" Keilar pressed.

"Well, I think, you know, I mean not necessarily because I really didn't feel like a piece of cloth would stop a virus. I don't think the virus is --," he replied leading to Keilar to cut him off with, "Sir, it does in many cases."

"I'm sure it does in some cases," Mattucci replied before adding, "I really don't think a microparticle is going to be stopped by a piece of cloth like this."

"No, but it does. I'm just saying -- I mean, to a layperson that might not -- it may seem that way, but scientists say actually it does," the CNN host said.

"I think it stops projectile of somebody sneezing and coughing, but everyday -- going about every day -- again, that's not really the argument here," he attempted.

"That's central to the argument here about masking," the CNN shot back.

After discussing the new wave of COVID-19-related illnesses with Mattucci making claims about the science and then backing off and saying he's not a doctor, Keilar ended the interview with a warning to viewers without letting him reply.

"Councilmember, I appreciate you coming on," she began while addressing the camera. "I just need to be very clear with our viewers. I mean, I think they are pretty clear on this but masks do work. They slow the spread. They save lives, and we, while we may not be scientists, there is a difference between not being a scientist and listening to one or not being a scientist and not listening to one."