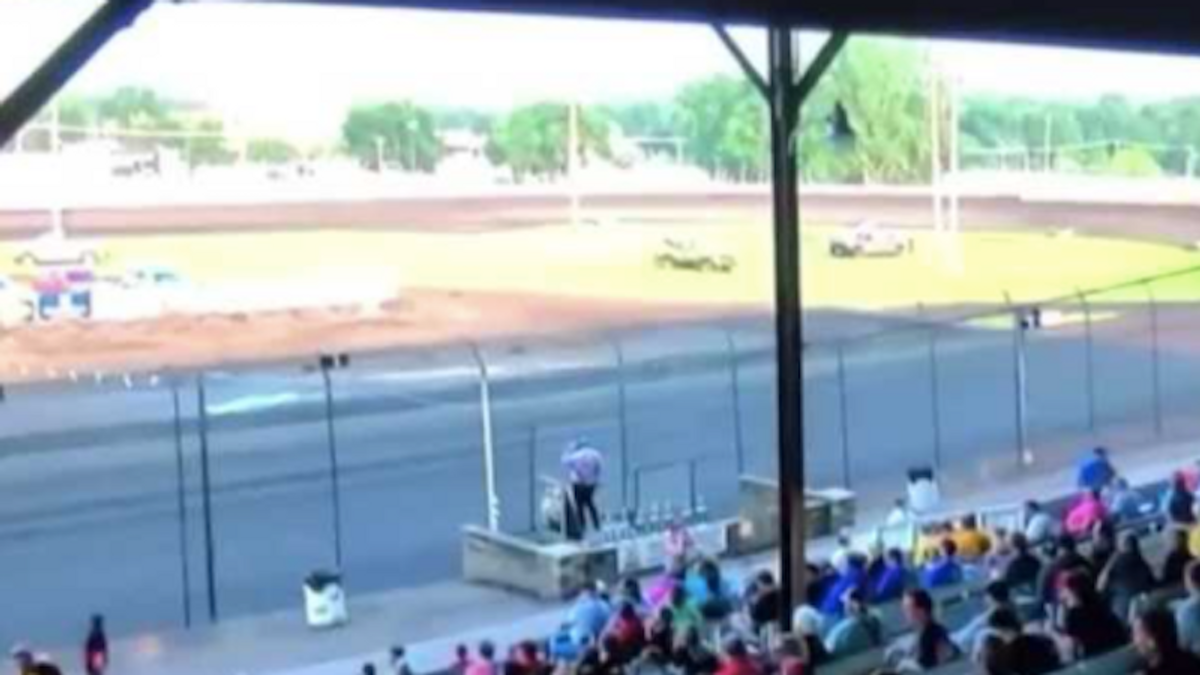 "I've got four words for you: Find a different country if you won't do it," Oelke said. "Get the hell out of Dodge."

He then complained about reports that the NFL may play "Lift Every Voice and Sing," a song often referred to as a Black American national anthem, before games and appeared to stop himself from using a racial slur.

"I've heard about all the stuff going on in the NFL and now they're going to have another national anthem for those folks, for the ... I guess ... darker-toned skin color, I'll just say Blacks," Oelke said. "They want a different national anthem and the NFL is thinking about doing it. So I say shut the TVs off and let them play in front of nobody. Yes, that's my announcement. I salute the veterans coming up, like I said the 29th, but we're going to get racing underway."

The speedway later said that Oelke would "no longer be employing the individual who made those comments."

"It was not okay, and it will not be happening again," the speedway's operators said. "Kossuth County Speedway looks forward to proving to our fans, drivers, and crews that we can and will do better."

However, racing promoter Jon McCorkell said Oelke would "absolutely be announcing" Friday at Fairmont Raceway, where he's called races for years, and expected he would receive a standing ovation.